1 shares
Olive Oil Pizza Dough recipe brings easy to your kitchen! Use as soon as you need or let it refrigerate up to 12 days for pizza any day of the week! 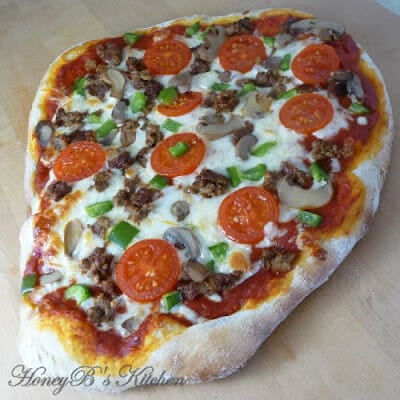 Lately pizza has been the buzz. Everyone seems to be making it. I was truly inspired by Aggie of Aggie's Kitchen and by my friend Mike who I have recently been re-acquainted with. Aggie recently did a grown folks pizza post for Foodbuzz's 24,24,24 and it was all about pizza! Check her post out - she has some amazing toppings for the pizza not to mention a killer beverage! 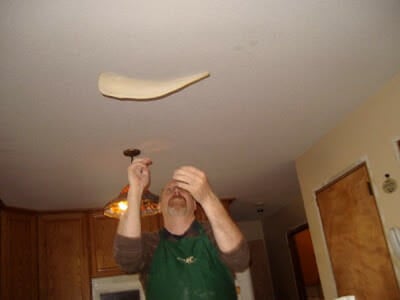 Mike and I went to highschool together and he, his wife and I have been back in touch through Facebook. Mike likes to make NY pizza and he has perfected it to his liking! He does refrigerate his dough, which I have found is what makes the best dough from my Daring Baker's experience! 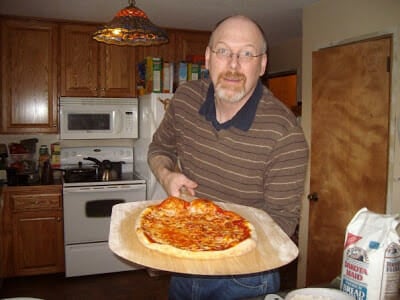 Mike showing his pizza off! I need to get a pizza peel!!

He posted a few pictures and has given me permission to post them here to share with you. The recipe on the other hand is being guarded for now as I hope to talk to Roberta (Mike's wife) about collaborating on a cookbook together and that recipe would be included in the cookbook (if it actually happens!). 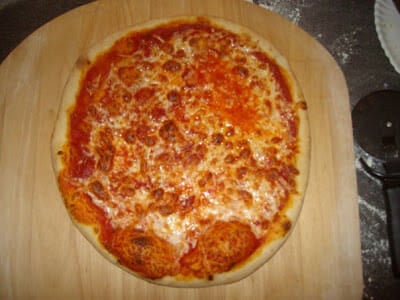 Mike's end result - a pizza with bubbles that he is quite proud of!

Now on to my pizza! Since I don't have a lot of "energy" as of late and because I have the cookbook, Artisan Bread in Five Minutes a Day, I decided to make the Olive Oil Pizza Dough to have on hand. I liked the fact that I could have my thin crust pizza and still make Grumpy his "pan" type pizza and have the dough on hand whenever I needed it without all the work. 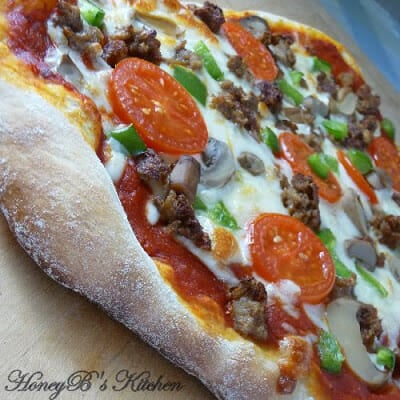 I love the convenience of this dough!!!! 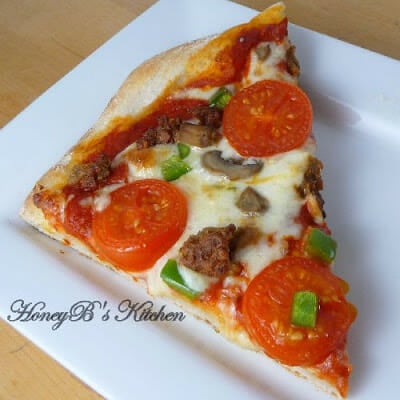 For my toppings I went all vegetarian. I used chopped green bell pepper, mushrooms, sliced cherry tomatoes, and one vegetarian sausage patty (from Morningstar Farms). 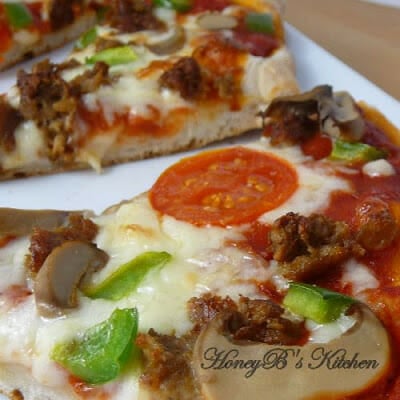