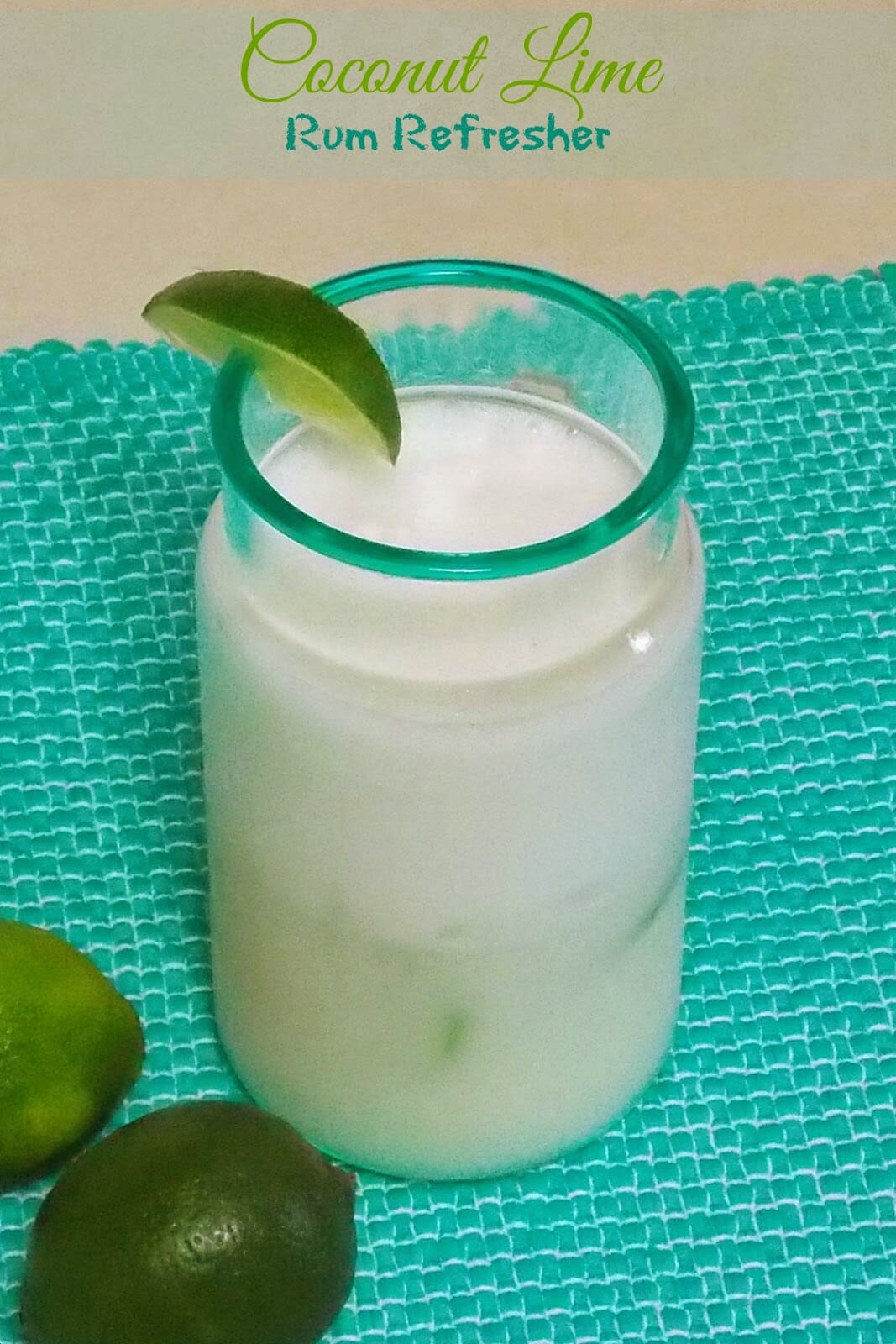 One of the perks of being an allrecipes.com Allstar Ambassador, is I get an issue of the allrecipes magazine. Naturally, I love the website.  I’ve belonged to it as an official member since 2004 but had been surfing the site since 2000.  That’s a long time, but that is also a good sign of a truly terrific website!  In the recent issue there was a recipe for Brazilian Lemonade.  I took that recipe and made Coconut Lime Rum Refresher! 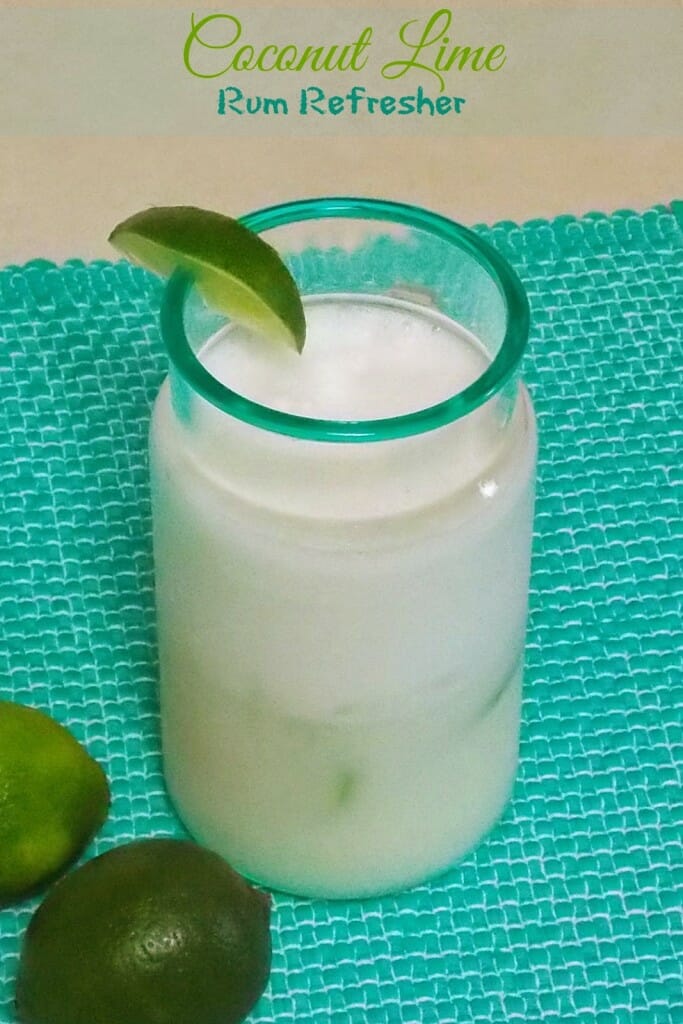 Before I go much further I must warn you.  This drink can be dangerous.  By dangerous, I mean, it is so delicious, and the rum is so smooth, you may forget there is alcohol in it…..until you start to feel it.  Of course, by then, it may not matter!  😉 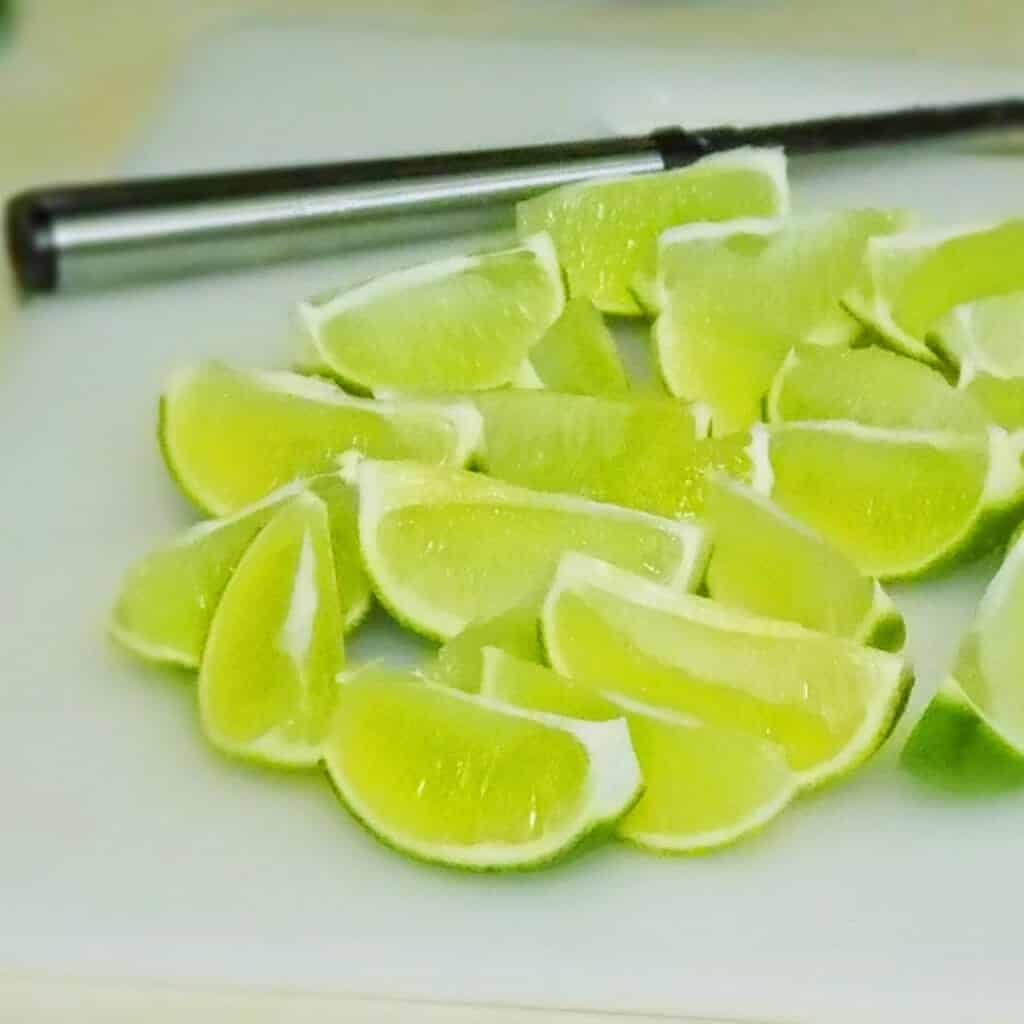 I love the flavor of lime so much that when I saw the recipe in the magazine, I immediately knew I would be trying that recipe out. I was thinking that it would be perfect with some rum, then I happened to read the review where one person had actually made it subbing rum and coconut water for some of the water. 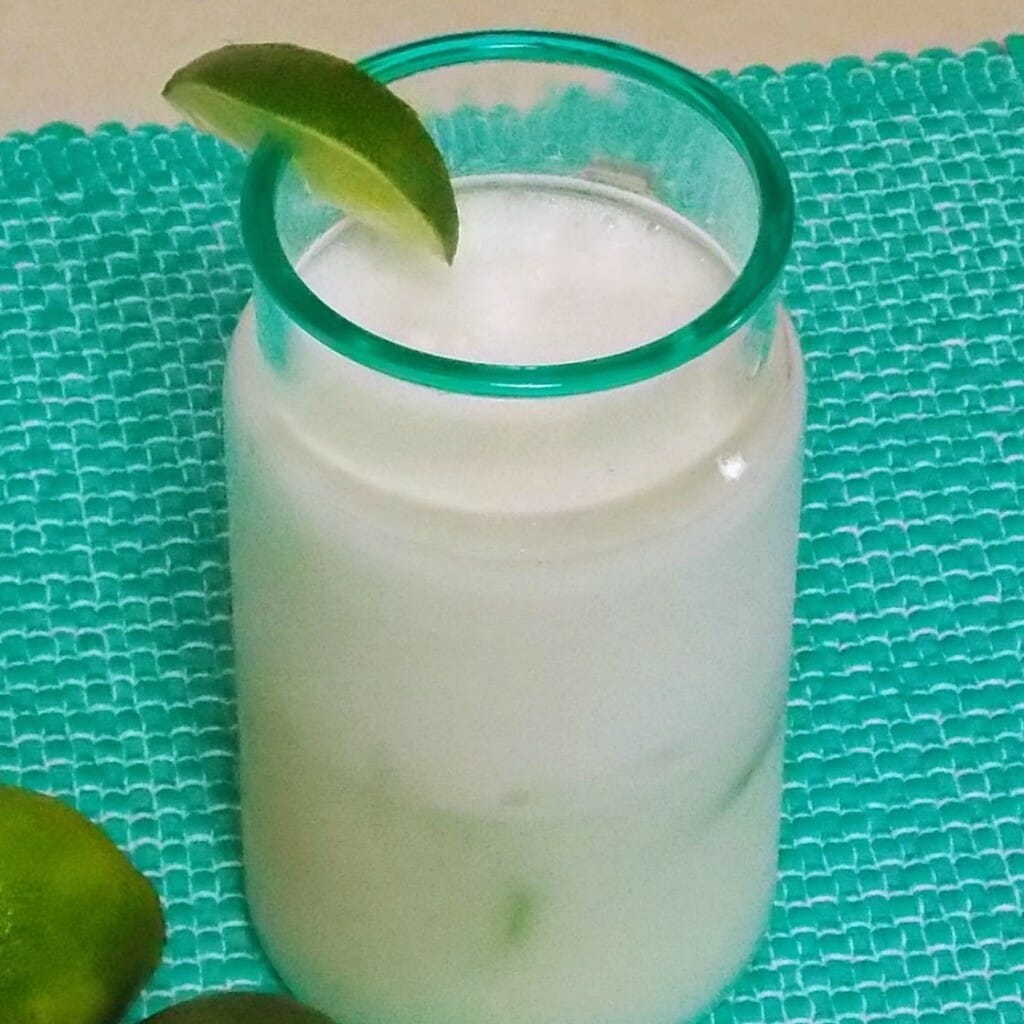 I had been dying to try the Captain Morgan’s White Rum and this drink presented the absolute opportunity to do so!  What can I say, great ingredients, awesome drink!  I will definitely keep this rum on my list of booze to keep on hand!  Grumpy and I  both enjoyed this drink.  Before I had even told him what I was thinking of calling it, his words to me were “you know, this is really good, very refreshing”.  Hence Coconut Lime Rum Refresher became born!

**Warning!!  You cannot make just 1 recipe of this drink.  If you do, then when the first pitcher disappears, much to your chagrin, you will have to go out and make yet another recipe.  I suggest you make two pitchers.  To save yourself time and mess….and allow for that afternoon siesta that you will likely be feeling like after a couple of drinks!**