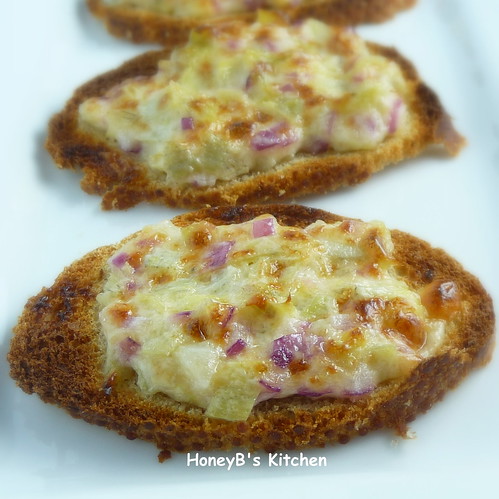 In my family, I am the oldest child. I have two younger brothers – Phil and Steve. You met Steve last year when I went to visit him right after Christmas and he made his Apple Dumplings with Rum Sauce for me. Phil is the middle child and Steve is the youngest. There are 5 years between Steve and me. When Steve was learning how to talk he couldn’t say brother very well. Mom and Dad would call Phil “brother” to Steve and when Steve would try to say “brother” he would come out with “Brader”. So, my brother Phil became known as “Brader”. I won’t tell you the names the boys came up with for me ’cause they weren’t nice! LOL.

When Aunt Marlene and I went to visit Aunt Ann, we also got to see my brother Phil. When we got there that evening Aunt Ann brought us out some of Phil’s Artichoke Bruchetta that he had made for part of their dinner. I had heard my mom talk about Phil’s recipe but hadn’t ever eaten it. Let me just say, Aunt Marlene and I finished up what was left and then wished there was more! Yeah, it was that good. 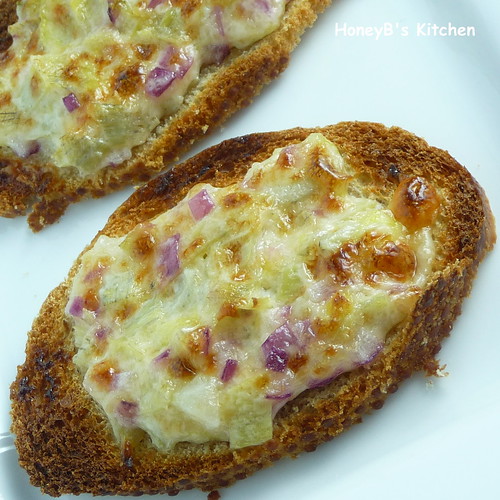 This evening I am alone for dinner and since I had bought what I needed to make the Bruchetta and since Grumpy isn’t an artichoke fan, I decided this was a good time to try making it myself. I still think my brother’s is better – isn’t food always better when someone else cooks it? But, this was pretty darn good. I know I already submitted a Family Recipe for this month but I am going to submit a second recipe. This has only been around in our family since about 2005 but it is one that is going to stay. I also like the fact I am submitting a recipe that belongs to Phil. All three of us kids love to cook and I am hoping that I will get more recipes from both brothers in the future! 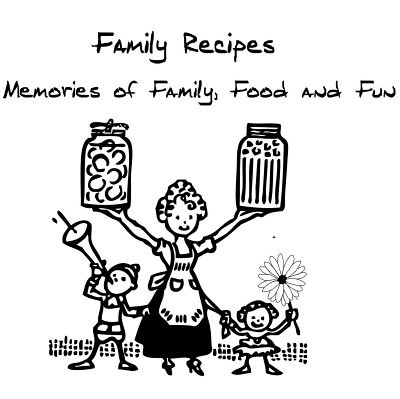 Artichoke Bruschetta
recipe from my “Brader” Phil and recipe card written by my Mom. 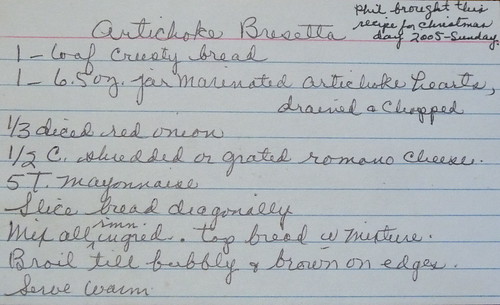