I am so excited about this cookie.  Its a recipe I have never made before and I found it on allrecipes.com.  The title of this cookie is Siri's Heart Sugar Cookie and I "heart" these cookies! 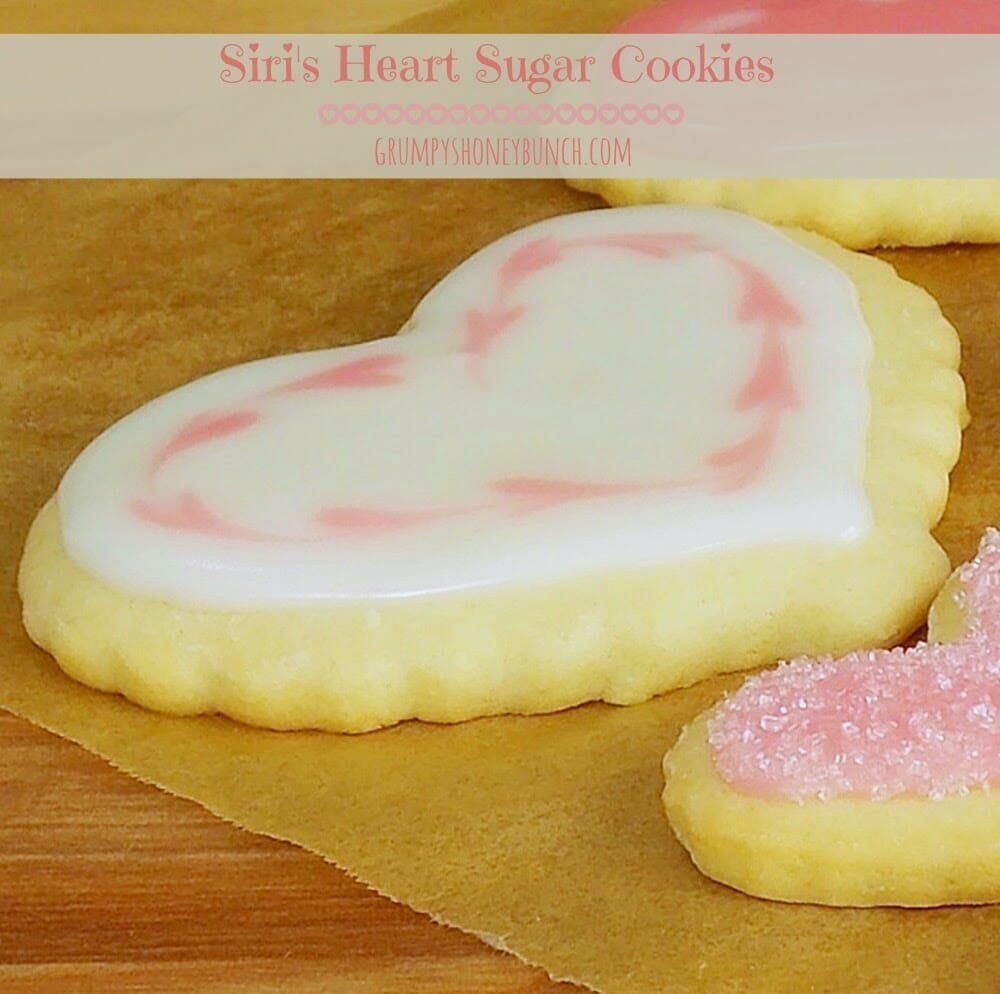 I love to make and decorate sugar cookies but I don't do it often because its time consuming and I can get real sick of decorating way before I am done, but this recipe made it so easy.  Rolling and cutting these were not hard to do and the best part was I didn't have to chill the dough so that cut a lot of time off the recipe making. 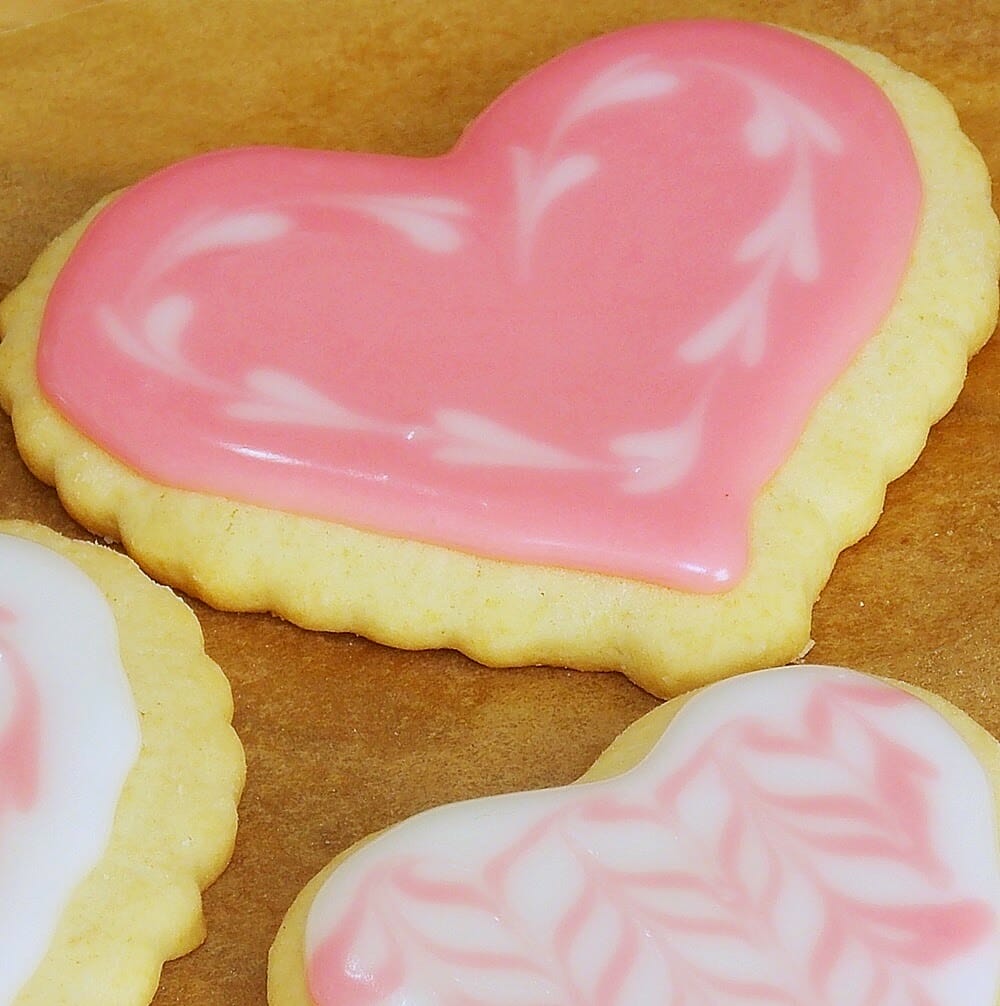 I was intrigued by the recipe to start because it called for stirring some cream of tarter into the milk then adding to the dough.  My experience with cream of tarter in recipes has always been successful so I had to try it.  You add the flour to the recipe last.  When I did this, I used my hand mixer(because I was too lazy to pull out my kitchen aid) and I was able to add almost all the flour before turning it out onto the floured board.  I then kneaded in the about ½  of the last cup as the recipe states, using what was remaining pretty much for re-flouring the board and rolling out other batches of dough.  The dough was so easy to handle that I had no problem at all rolling and cutting each batch. 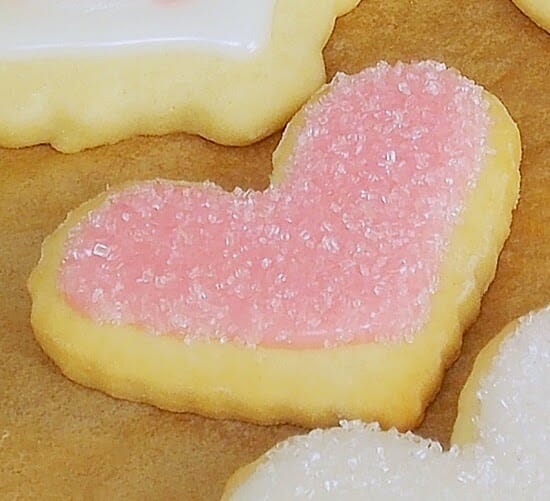 So, all that said, if you think you don't have time to make cookies for Valentines day, guess what?! You do!  With baking and decorating time, it took me about 2 hours total.  You don't have to glaze them like I did, you could frost them with a buttercream and sprinkles which would save more time.  I think it probably took more time to glaze then to mix and bake. If you do want to glaze like I did, I used my go recipe to at Our Best Bites.

Beat butter and sugar with an electric mixer in a large bowl until fluffy. Add 1 egg, allowing it to blend into the butter mixture before adding the next with the vanilla extract.

Dissolve cream of tartar in milk; beat into the butter mixture.

Add 4 cups flour (mix in 1 cup at a time) with baking powder and salt; beat until doughy.

Spread 1 cup flour onto a flat work surface. Roll the dough out on the prepared surface; cut out in desired shapes until all dough is used.

Bake on non-stick baking sheets in preheated oven until cookies are set in the middle, about 12 minute.