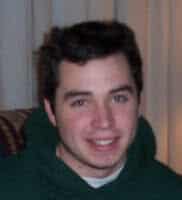 Its New Years Eve today. I've spoken with my Christopher and later will give Justin a call. In thinking about Chris, my little boy who I wasn't ready for, I can't help but thank God that I have him. He brought me so much joy. I remember thinking when I found out I was pregnant for him, how can I love another child as much as I love Justin. Little did I know that a mother could love so much. Chris was such a bubbly happy baby. He was always smiling with those beautiful dimples in his chubby little cheeks. He was the perfect baby from the day I brought him home. He slept and ate...and that's basically all he did! He became my roly poly cheerful little cherub. An talk about beautiful. He was a blonde haired, blue eyed, adorable child. He was so easy to love. From day one HE was mommy's boy. He loved to have me take video footage of him. I remember one day in particular he wasn't feeling too well. He was asleep on the couch and I went in with the video camera. I recorded his little soul as he was sleeping, capturing a moment that was so precious. A little later that afternoon after he woke up, he was feeling a bit better and wanted some chicken noodle soup. We went to the kitchen and I turned the tv on while I heated up the soup for him. He was too little to sit on his behind in the chair, so he knelt in the chair when I brought his soup to him. He started to eat his soup, and at about the same time Golden Girls came on the tv. He called out to me in his sweet little voice and said "Mommy! Golden Girls!" It was so precious for me to hear him sound like his self again and slurp on his soup.

My blonde haired, blue eyed boy has grown up to a 21 year old, tall, dark haired, hazel eyed boy. He still has those charming dimples and that breathtaking smile. I still worry about him. Maybe more now that I did then. Becoming an adult can be such a hard thing for children. I only hope I have done the right things, and that my little boy, who is so precious to me still - in every way - can become a man. I hope he can become a responsible person who will take care of himself, be happy, and actually strive to reach his dream.