When I walked into Trader Joe's last week I saw they were sampling out zucchini that had been breaded with cashew meal. I had been thinking about doing this for quite some time now except I was thinking pecan meal. I tried the sample and the flavor was amazing so I grabbed a bag of cashew meal and headed on my way. We had Cashew Breaded Baked Zucchini Chips, a low carb, gluten free side dish with our sauteed cod that very night! 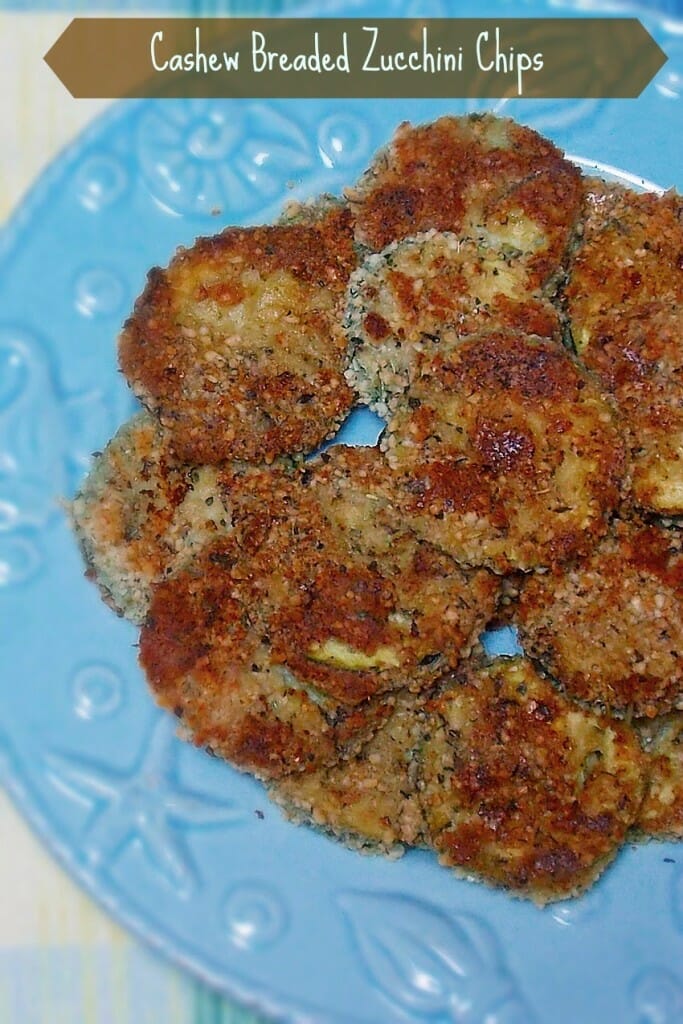 It has gotten to the point that Grumpy will still quiz me on what I am doing in the kitchen, but I don't get as much resistance as I used to.  I casually told him I was battering the zucchini with cashew meal and baking it when he asked and it kind of just went without comment.  I guess it wasn't odd enough for him to think he wouldn't like it! 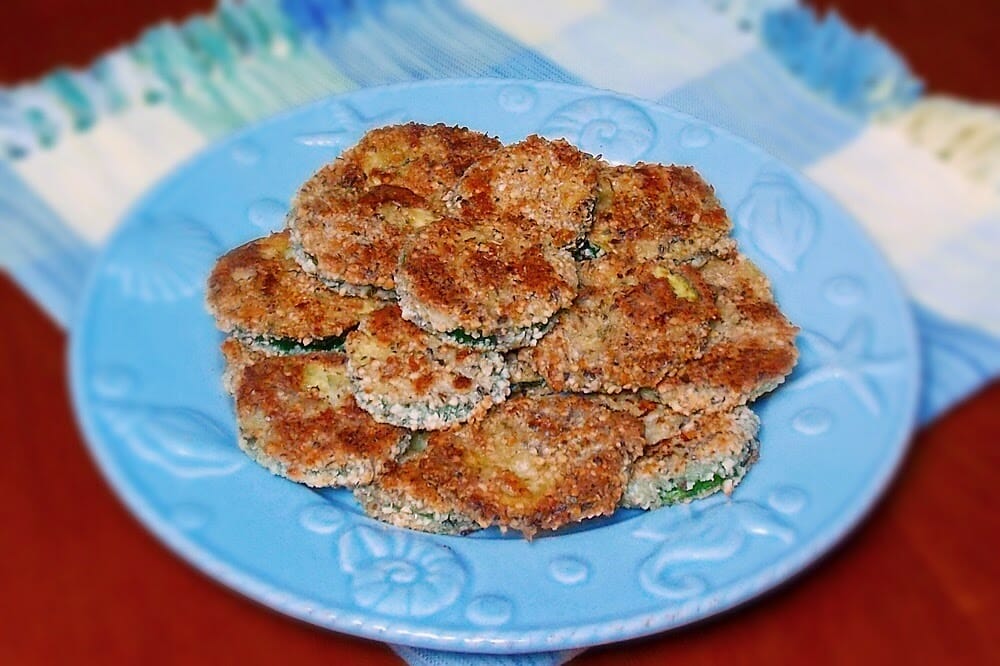 This was a great way to enjoy a low carb treat that we ususally only ate when breaded with Italian Bread Crumbs and fried.  By looking at these zucchini chips, they look fried to me, but they aren't!  I lined my pan with no stick foil and sprayed the foil with cooking spray.  Then I spayed the top of the chips before placing in the oven.  Turned them over half way and they were nice and browned! Absolutely delicious!  Have you baked your zucchini chips lately? 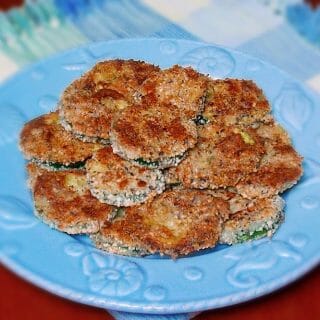