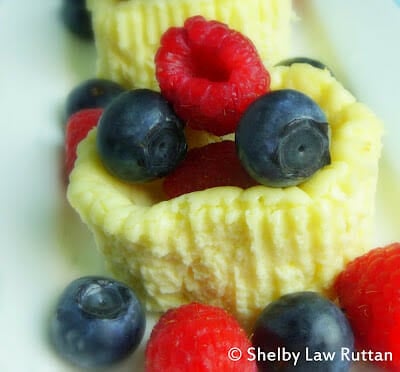 I haven't made a dessert in quite some time now.  Grumpy has been doing fairly well sticking to the The Low-Carb diet he needs to stick to and I've been following suit.  It hasn't been all that hard and I really haven't been craving sweets....much.


I came across some cheesecake cups in a Woman's World Magazine, but they called for a crust and they were no-bake.  I really love cheesecake but I don't care for the crust and I would rather have mine baked.  But I took that idea and decided to make it a better cheesecake (in my opinion) and bake mini cheesecake cups.  I didn't want a lot around the house so I made a small batch of 6 cups.  These fit the bill, killed my craving for a baked cheesecake, and didn't kill Grumpy's low carb diet! 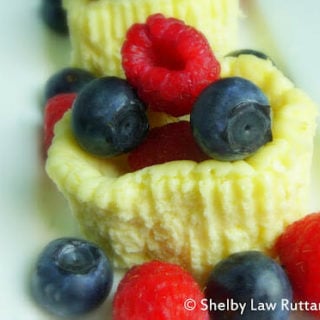