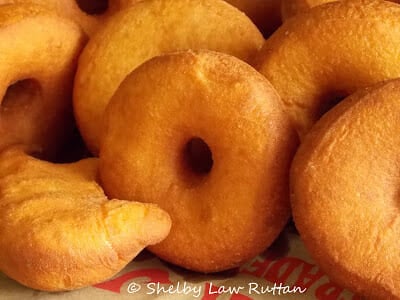 Naked doughnuts.   That's what these are!  But the funny thing about a naked doughnut is it's not naughty until you actually cover it with a little sugar, so of course, that is exactly what I did!

I reduced some fresh apple cider down to about half it's volume, stirred in a little karo syrup and powdered sugar and started dunking them deep in that bowl of sinful goodness and coated them with that warm fall flavor. 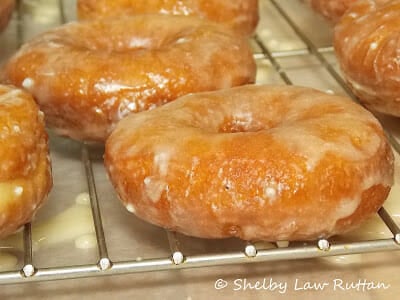 The Apple Cider Glazed Doughnut recipe is on on allrecipes.com and is a recipe provided by Fleischmanns.  This is yet another recipe from our October assignment of recipes to make and review.  I have made a lot of recipes this month and I can't say I've made a single one that has disappointed me!  The Pumpkin Danish Braid was one of my favorites, but I think this one is my very favorite! Its definitely a treat that I don't make often so it was received with appreciation on Grumpy's end also.  He also commented that this particular recipe was the best one I'd ever made.  He may have been a little on the hungry side when he made that comment, but I'll take it! 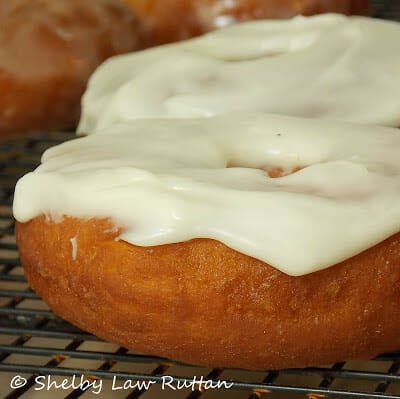 Since I don't make doughnuts often, I decided that I also had to make a maple frosting for a few of them.  A maple frosted doughnut is a favorite of several people in my family and it would have been a sin for me to have made raised yeast doughnuts and not coated a few with some of that frosting made with family made pure maple syrup!  Do I ever love that stuff and am I ever glad that we have close family who makes it! 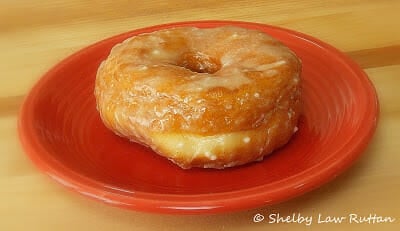 If you don't make homemade doughnuts because you are afraid of the grease, or because you think its a lot of work, then please change your mind.  These were actually very easy to make and I used my super large skillet and candy thermometer to gauge the temp while cooking them.  I used about enough oil for it to be 2 inches deep in the skillet and since it was such a large skillet I was able to fry about 6 doughnuts at a time and was done in no time flat. 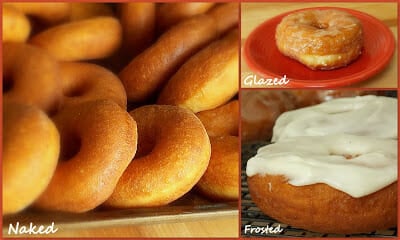