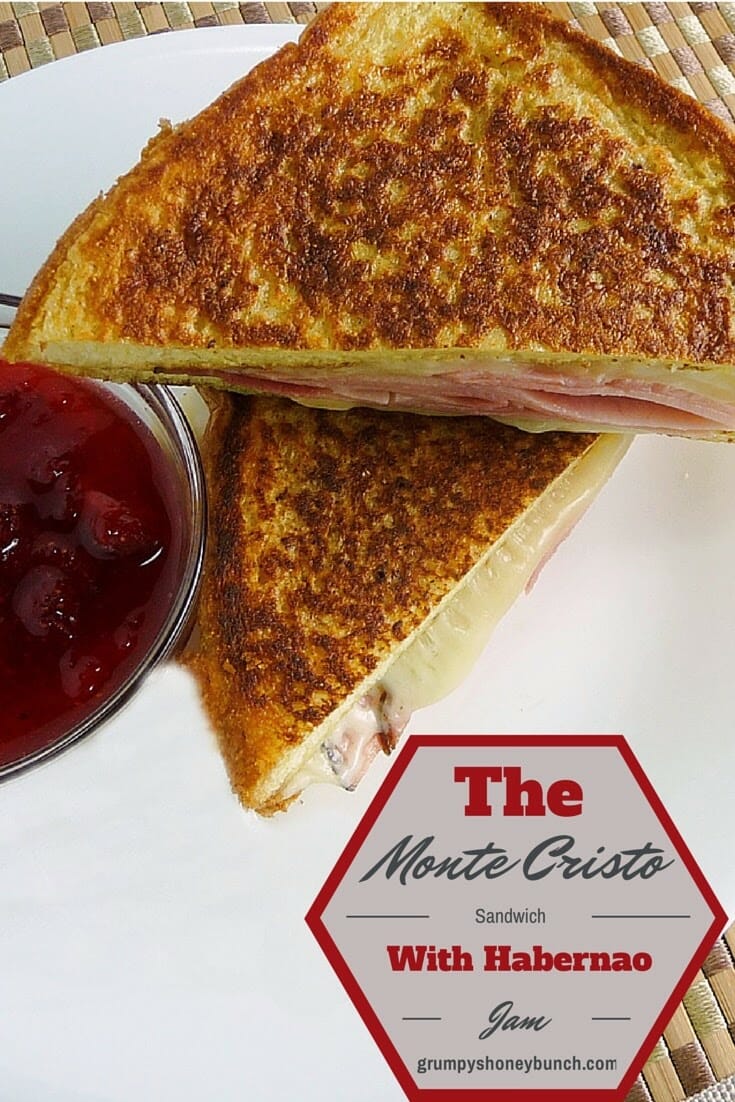 Previous
Next
Sunday was a quiet day for Grumpy and me and happened to be the day I decided to make these Monte Cristo Sandwiches with Strawberry Habanero Jam! 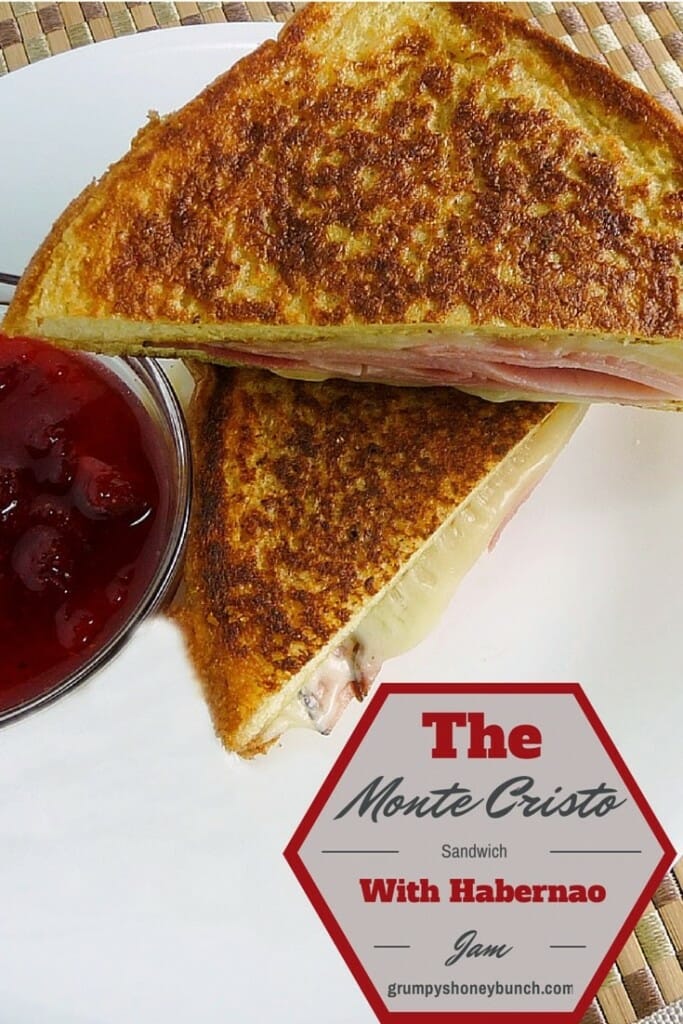 Saturday we left the house to do some furniture and truck “window shopping”.  We have been doing a lot of furniture window shopping, talking about what we want to get when we finally can buy our own home again.  We are hoping that now its not that far off in the distant future anymore!

I hung out in the house with Grumpy doing housework and working on my blog some throughout the morning.  Then early afternoon I went to our bedroom and watched The Sandwich King on Food Network.  (yes, I have to leave the living room to watch certain channels and the Food Network IS one of them.  Sigh.)  I record this show every week.  When Jeff was competing on The Next Food Network Star, I never really thought I would like his show.  Then, one day I happened to turn on the TV and his show was on. 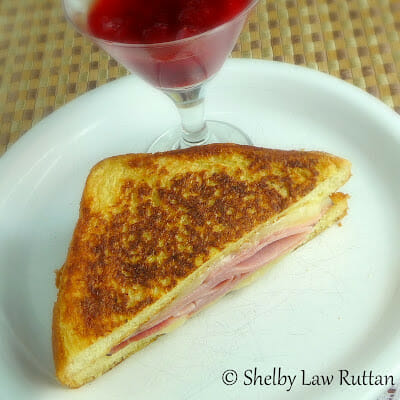 I watched him make his sandwiches and thought that they looked way too good and that his show was actually something I was interested in continuing to watch.  This last weekend one of the sandwiches he made was the Monte Cristo.  Oh yeah.  Accompanying the sandwich was a Strawberry Habenero Jam.  Oh bigger yeah!  Tempt me with sweet heat and I’m ALL yours! 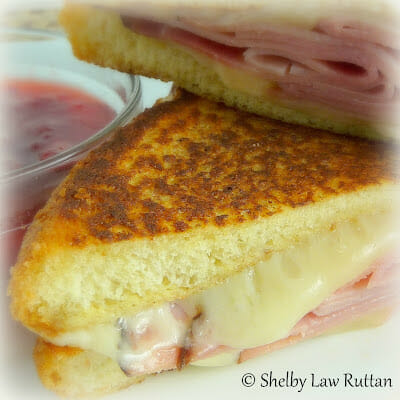 After I watched the show I finished getting around then headed out the door to the grocery store.  I planned to feed this to Grumpy so I didn’t dare use Guyere cheese and I didn’t dare use a whole pepper.  I already knew I was going to get a response that I didn’t want when he asked me what I was going to make.  As far as I knew, he had no idea what a Monte Cristo was (and he didn’t) and when he asked me to explain what it was and I tell him its a ham and cheese sandwich toasted between french toast with a spicy jam dip, well, I knew he wasn’t going to be really happy that was what his dinner was going to be.  Fortunately, he didn’t gripe too much and he tried it – and he did eat it all.  When I asked him how it was, his response was that it was good.  Of course, Grumpy isn’t very adventurous as we all know so the fact he tried it and didn’t say it was terrible was a good thing.  I am here to tell you however that it was very good, delicious in fact, but I would have probably have loved it even more with the Guyere cheese and a spicier jam.  The jam is really awesome and I already have other ideas about how I’m going to use what I have left over.  I just wish Grumpy could handle spicier foods! 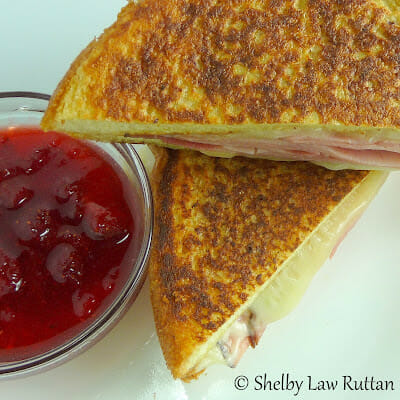 *Note:  Use your judgement on how much ham/cheese you want to use for your sandwich – but be generous!  🙂

Place strawberries, sugar, pepper, orange juice and lemon zest in heavy sauce pan.  Bring to a simmer and cook until temperature reaches 200 degrees on a candy thermometer.  Remove from heat and let cool.

Whisk together egg, half and half, cinnamon, nutmeg, and vanilla.  Dip french toast bread in egg mixture on each side and place on hot griddle.  When bottom side is browned, flip over and place cheese, meat and then another layer of cheese on top.  Place toasted side of other slice of french toast bread on top of meat cheese mixture.  Cook low and slow to allow the heat to get through the sandwich and melt the cheese.  When the cheese on the bottom looks melty and bottom of sandwich is browned, carefully flip over to toast top of sandwich and cook until toasty.  Serve sprinkled with powdered sugar and jam if desired.