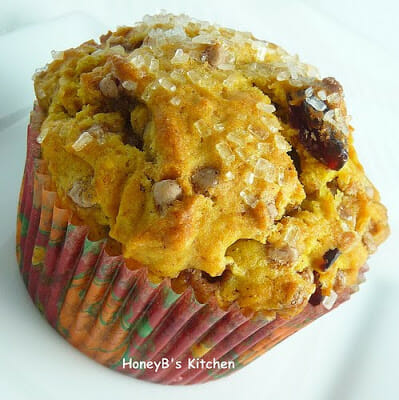 The other evening as I was visiting blogs I came across a post from Pam of For the Love of Cooking for pumpkin muffins. Her recipe was inspired by Maria of Two Peas in Their Pod. I immediately bookmarked the recipe knowing I wanted to make something similar. Yesterday, when I got up at my normal 5 AM-and yes, I know some of you know I am awake sooner at times, but normal is 5 :o) - I decided to make a pumpkin muffin myself.

There is something special about pumpkin. I don't know what it is so I can't tell you what. However, I can tell you that pumpkin pie is Justin's favorite pie and that Christopher loves pumpkin cheesecake. Grumpy loves both and I love everything pumpkin! I have never forgotten the Pumpkin Cheesecake with Maple Praline topping that my former mother-in-law made one year for Thanksgiving. Actually, I am going to try to replicate that recipe this year! 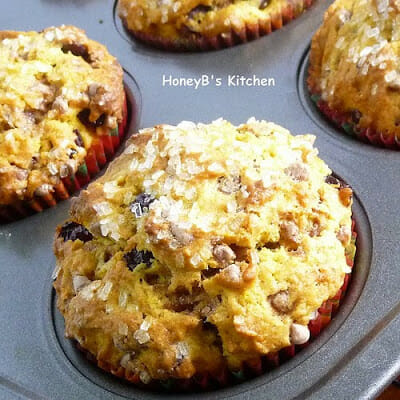 I had a pumpkin muffin recipe I had marked in a Fall Baking magazine I bought last year (from Betty Crocker) so I went to this recipe to make this morning. I followed suit with Pam & Maria and used cinnamon chips (went with mini) and didn't put chopped pecans that the recipe called for in. The muffins smelled heavenly and I was not disappointed in the least when I broke into the muffin. It was awesome! I'm definitely keeping this recipe around for my future use! 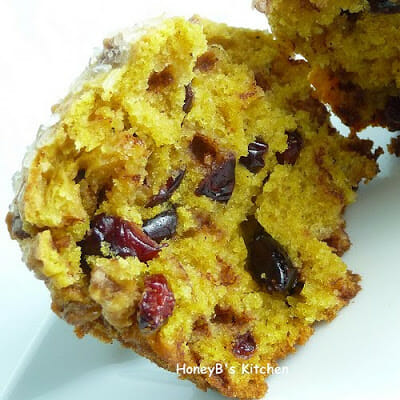