A basic french toast recipe made in the waffle iron and served up with some citrus infused maple syrup! This Waffled French Toast with Meyer Lemon Maple Syrup is so easy to put together yet elegant enough to impress any brunch guests! 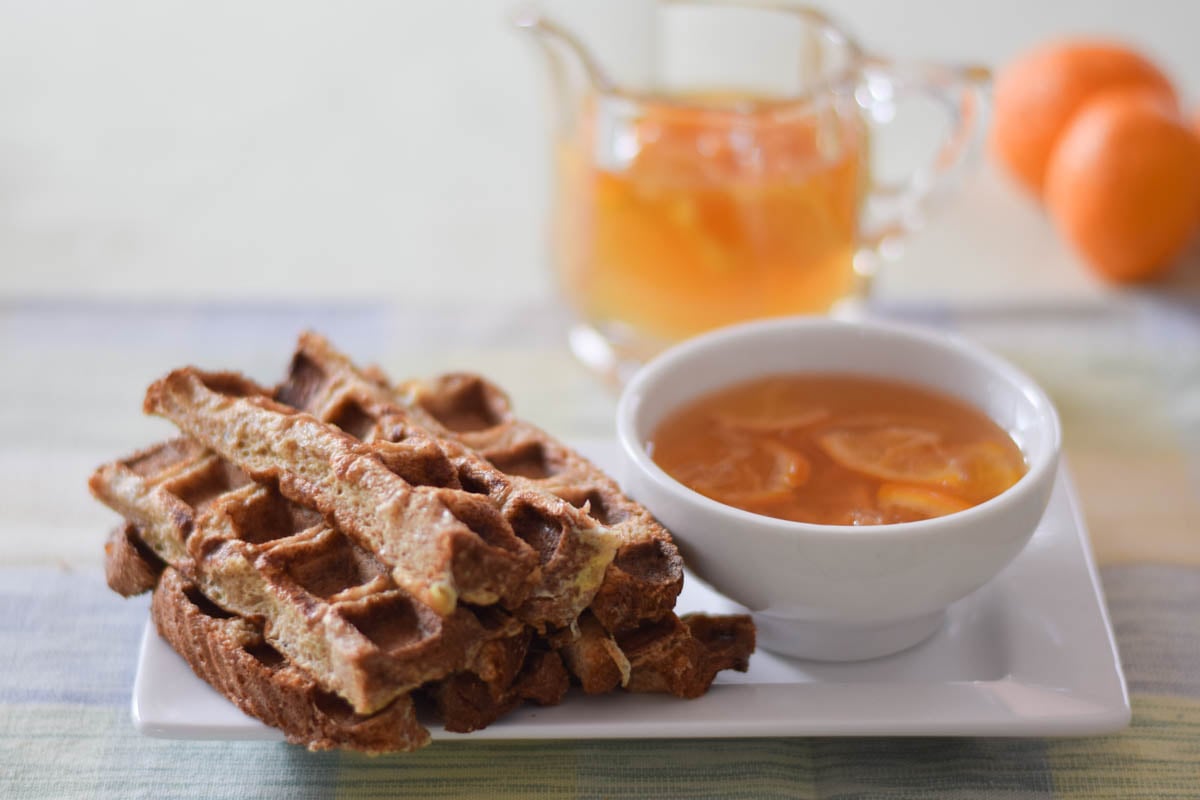 I have to admit that weekend mornings are the only time I take the time to make breakfast. As my co-workers would testify, I am really good at opening a package of Special K Bacon, Egg & Cheese flatbread sandwiches. A little over a minute and I have what I call a weekday breakfast! 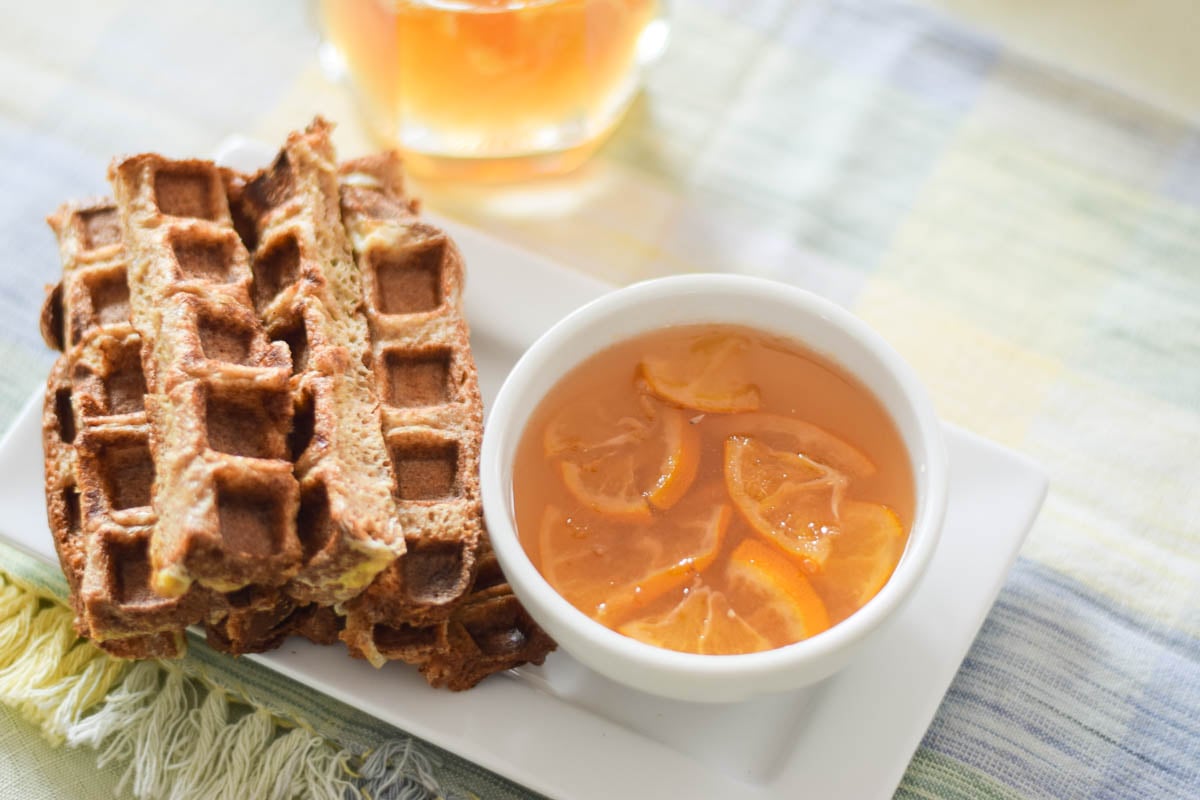 So when the weekend gets here, I still don't want to spend a ton of time fixing what I want to eat when I'm hungry and usually I want it now! That is why when I find shortcuts and still can make my breakfast a little bit fancy pants, I am a happy camper. 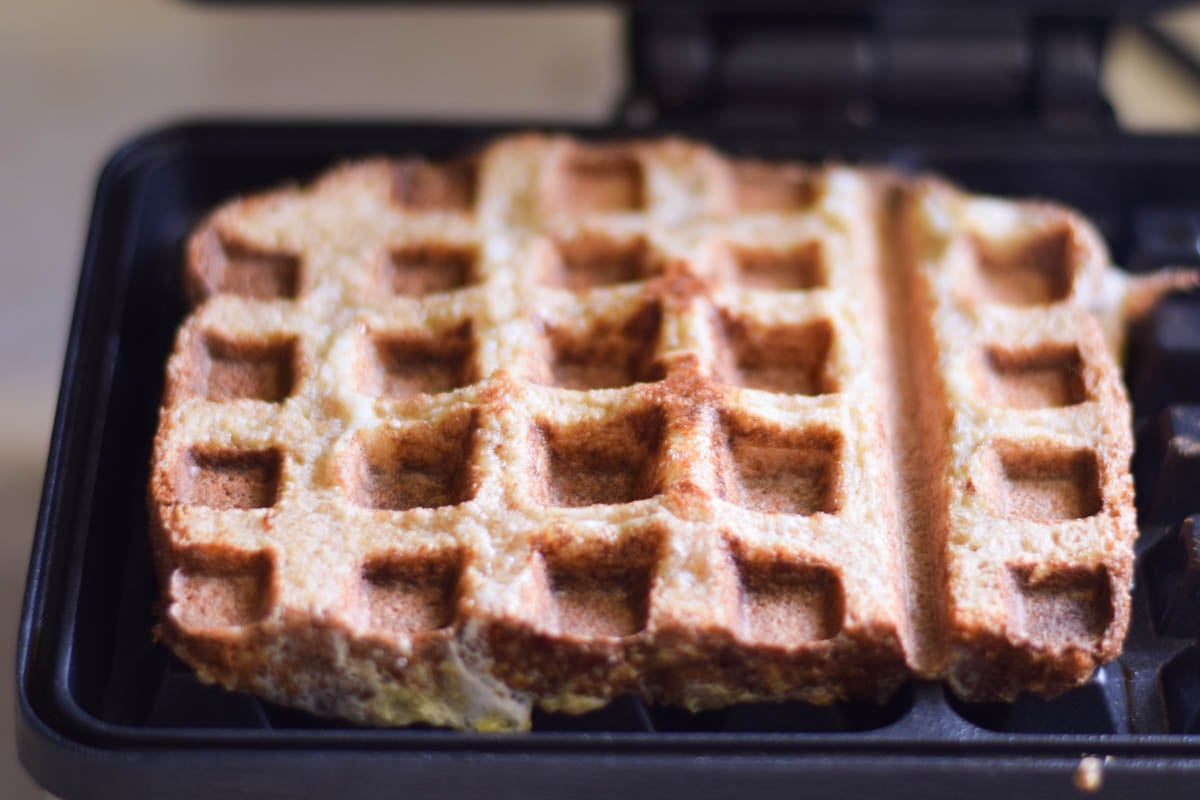 This recipe was as easy as whipping up an egg with some vanilla, cinnamon and almond milk, dipping a piece of whole wheat bread in it to coat, then placing in the waffle iron. Hey, it took longer to make the syrup than it did the French Toast Waffle! 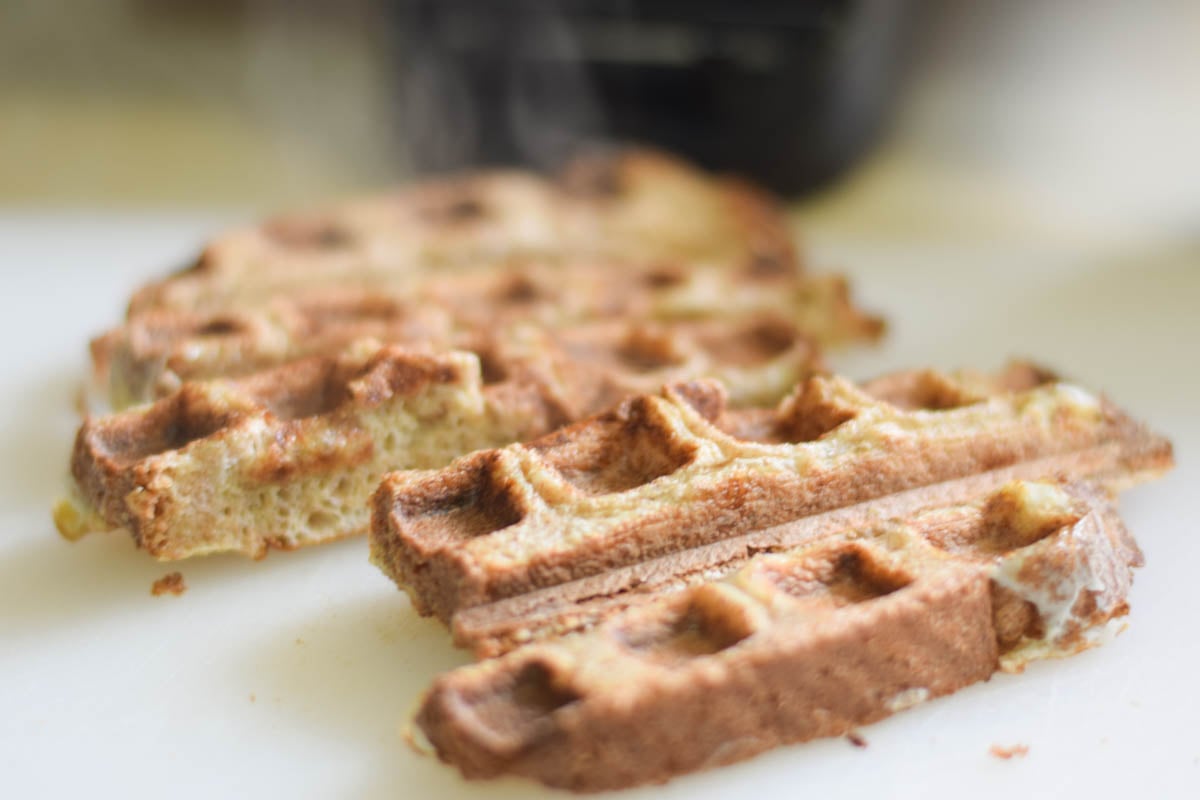 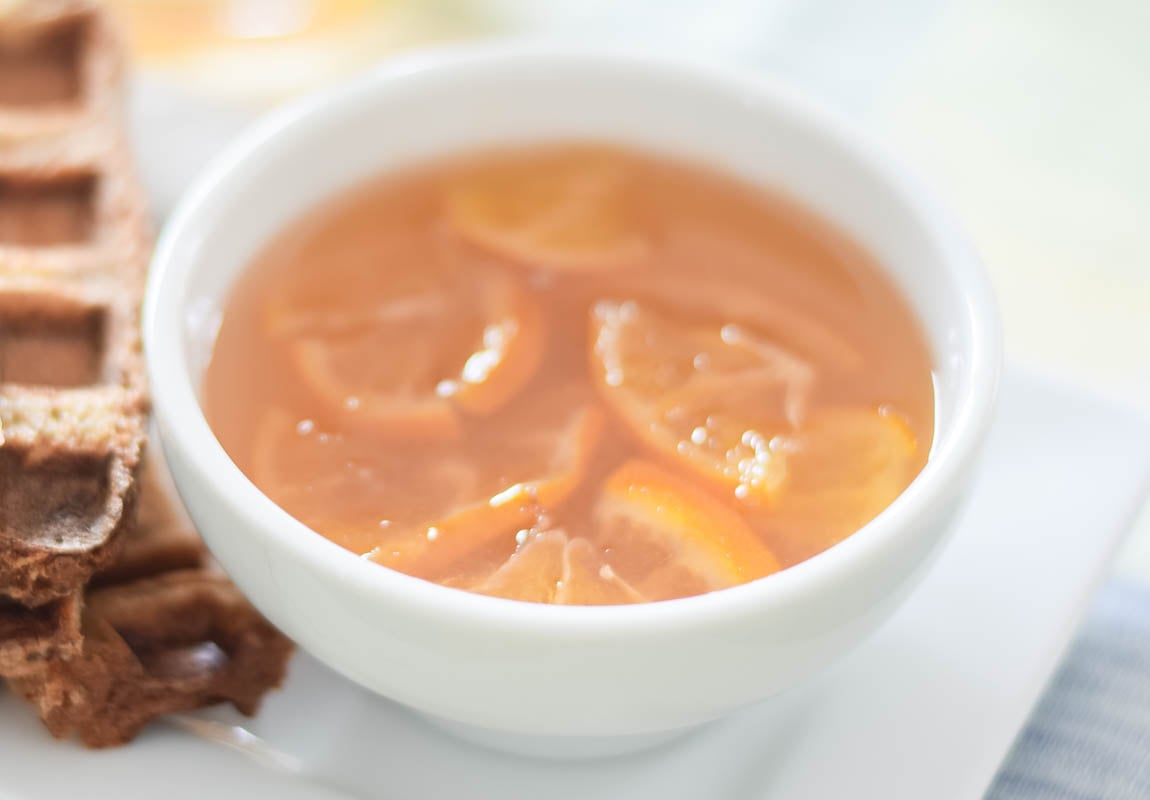 For the syrup, you will need to start with pure maple syrup. Trust me when I say, it's the only syrup you want to use. It's the time of year to be getting your New York Syrup right now too, so if you don't have any, it's really easy to find! 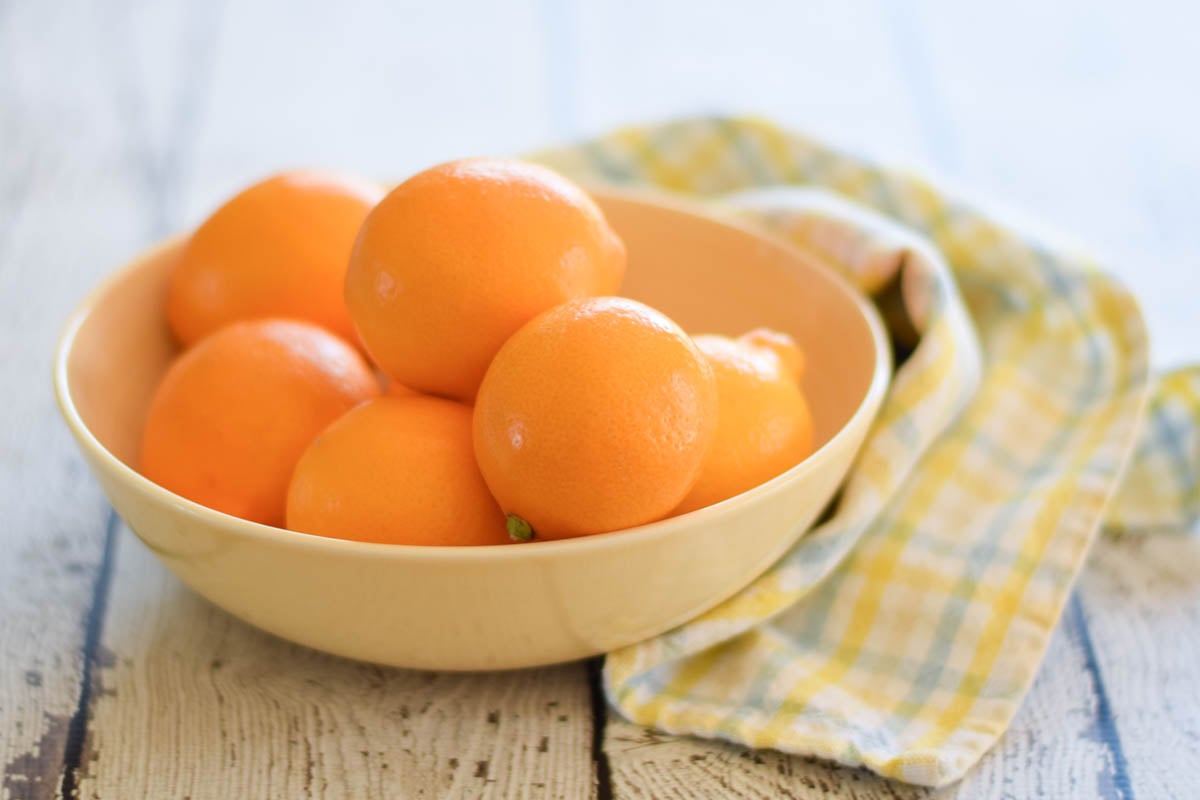 Meyer Lemons are not hard to find right now either. I found mine at Trader Joes and have found several uses for them already, this syrup being one of them! I sliced a whole lemon, made sure to remove the seeds, then juiced another lemon and added to some maple syrup. I then simmered the syrup mixture on the stove for a few minutes to infuse the flavors. My house smelled heavenly! 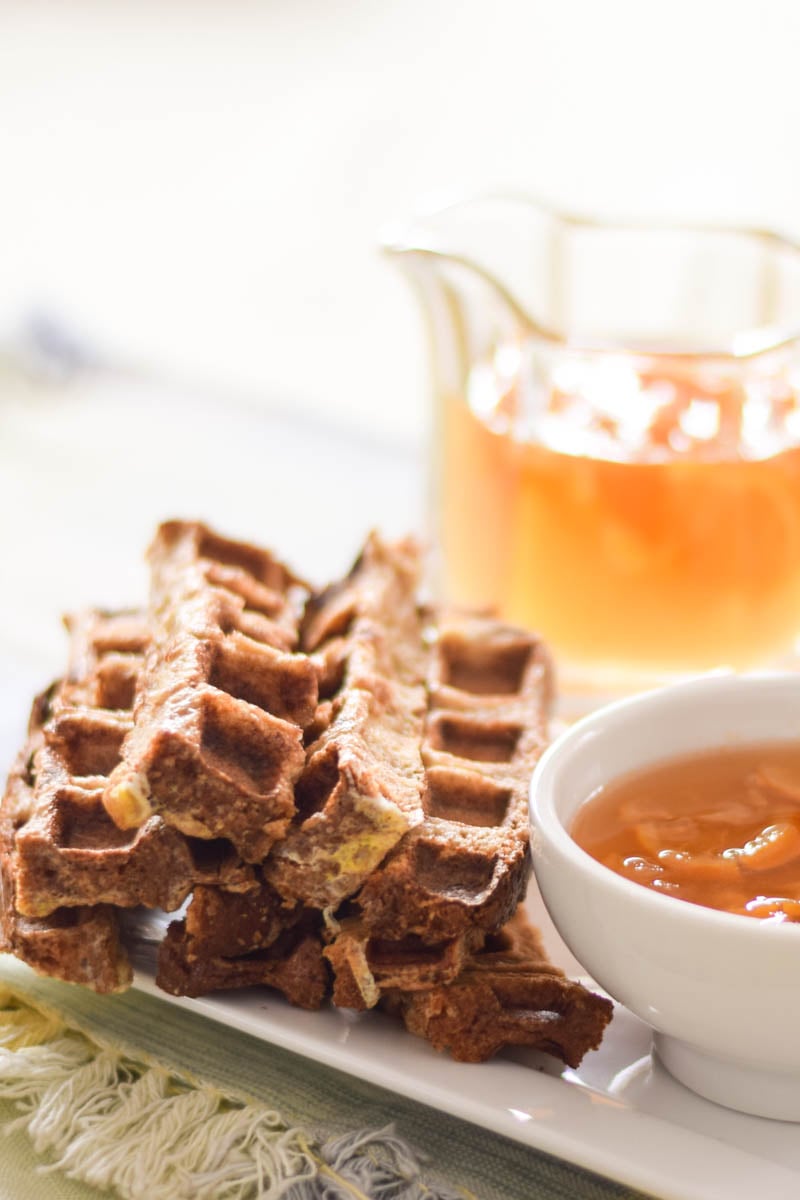 This syrup has endless possibilities, some of which you may see in the near future here on the blog! It made a great start though as a dip for my Waffled French Toast Sticks!

What would you create with this syrup recipe? A beverage? Cookie? Icing?

Thank you for visiting! Subscribe via email so you don’t miss a recipe from Grumpy’s Honeybunch