Chocolate Zucchini Bread is moist and delicious. Full of chocolate flavor dotted with white chocolate chips baked in. This is a yummy and sneaky way to get your veggies in! 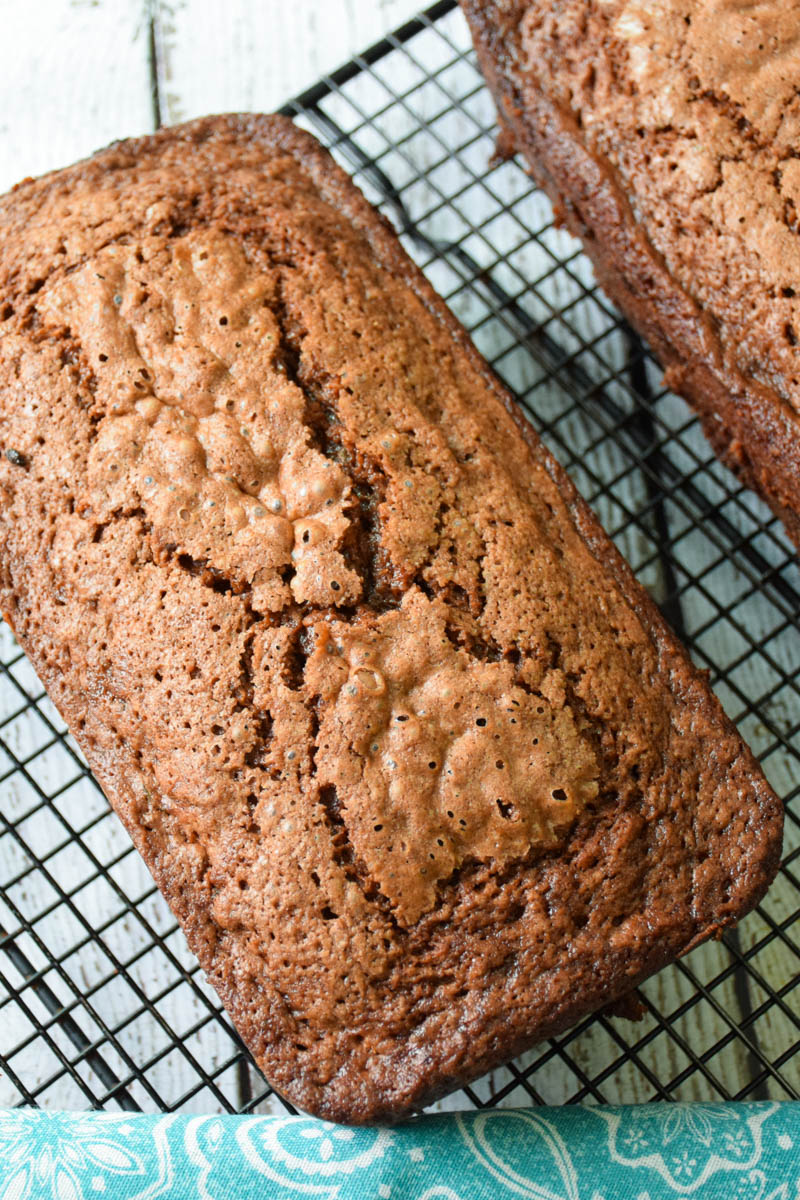 This post was originally written in 2009. I have updated the photos and recipe slightly.

Every summer I have heard this comment: "When you get some zucchini you need to make some of that chocolate bread." Yes. This is Grumpy's favorite quick bread. 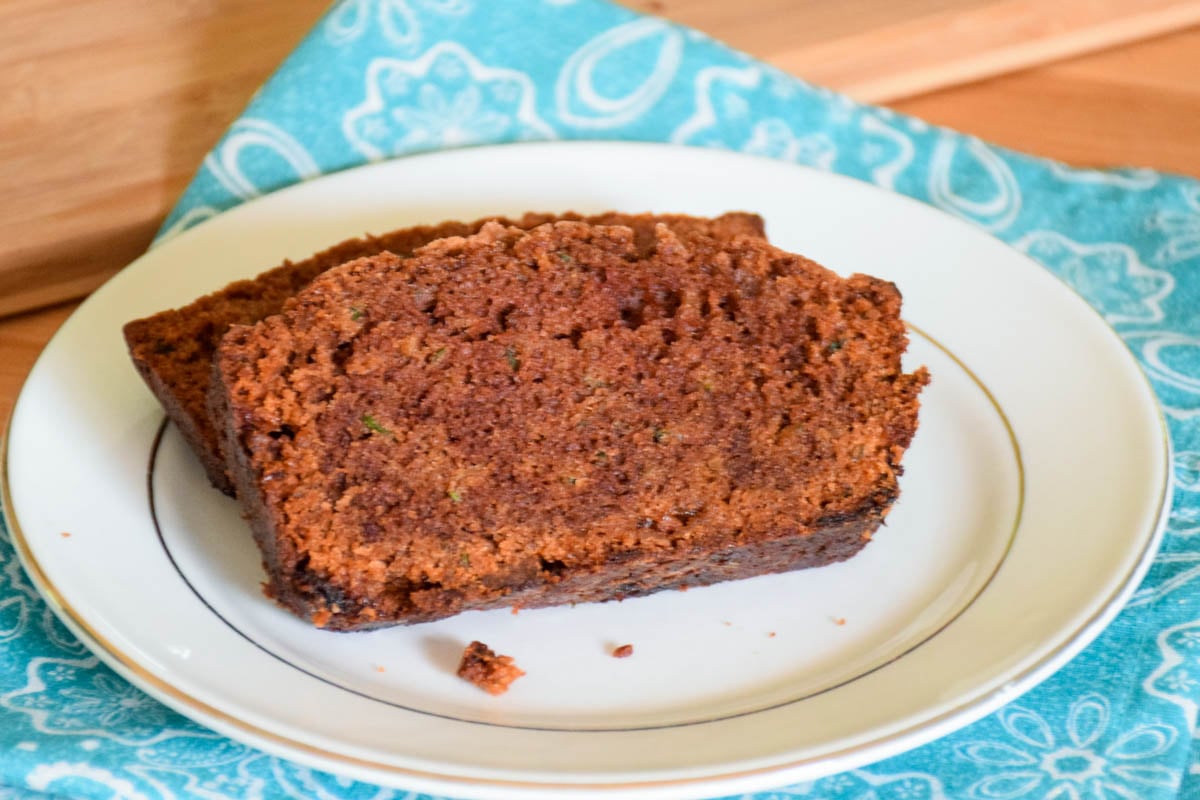 This recipe was found on allrecipes.com way back in 2005 when we had our first garden with a ton of zucchini. I made it as written the first time and used mini chocolate chips but Grumpy is a big fan of white chocolate so the next time I made it I used white chocolate instead. That is when it became his favorite. 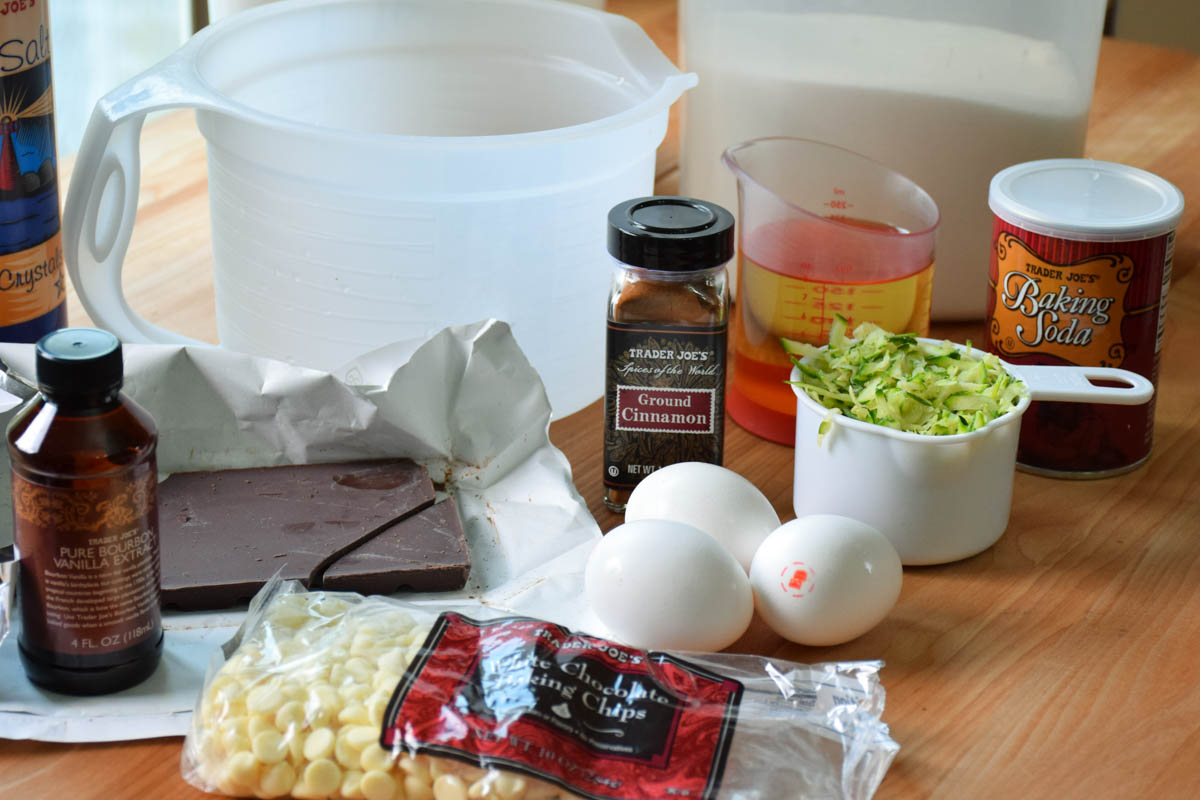 When my mom gave me some of their first zucchini the other night I knew the first thing I would do would be to make Grumpy some of this bread. The recipe makes 2 loaves - so I made one big loaf and two mini loaves. Today he is going to drop one of each mini loaves off to his dad and to his mom. 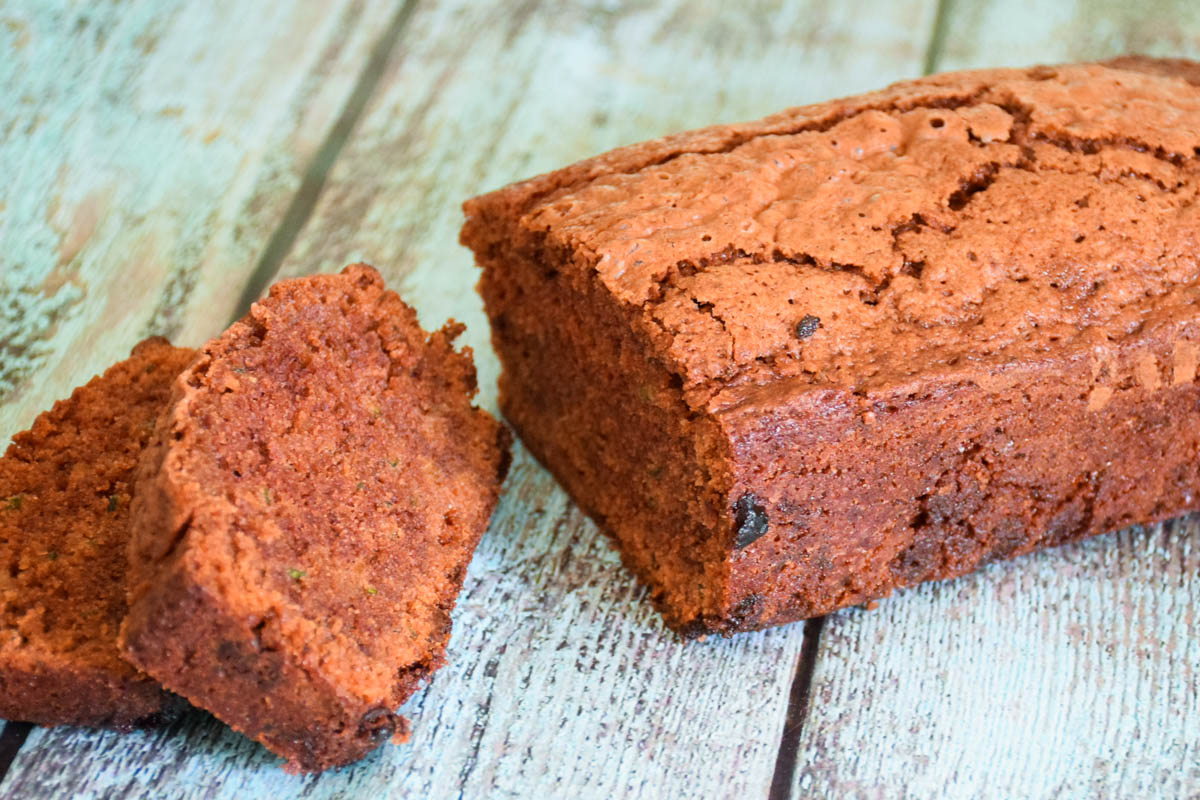 Grumpy's mom has been enjoying homemade treats. I love the look on her face when she sees that we have brought her a goodie, especially if it has chocolate in it! BTW, she is doing really well. She won't be going back to work any time soon, but over the last few months she has recuperated quite well from her strokes! 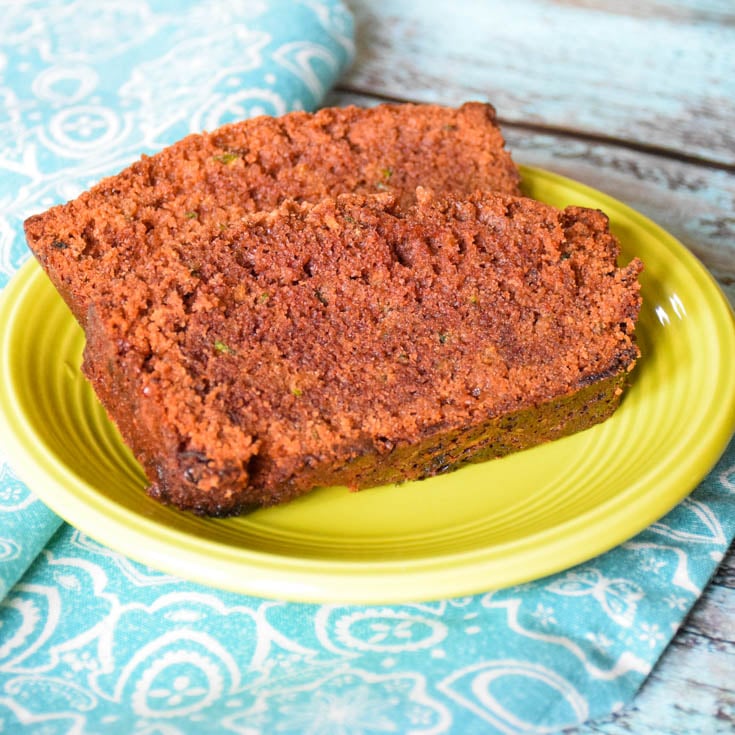 Chocolate Zucchini Bread is very versatile. You can flavor it up with any flavor chip you love. I think cinnamon chips would work really well too as the recipe does also include cinnamon. 🙂