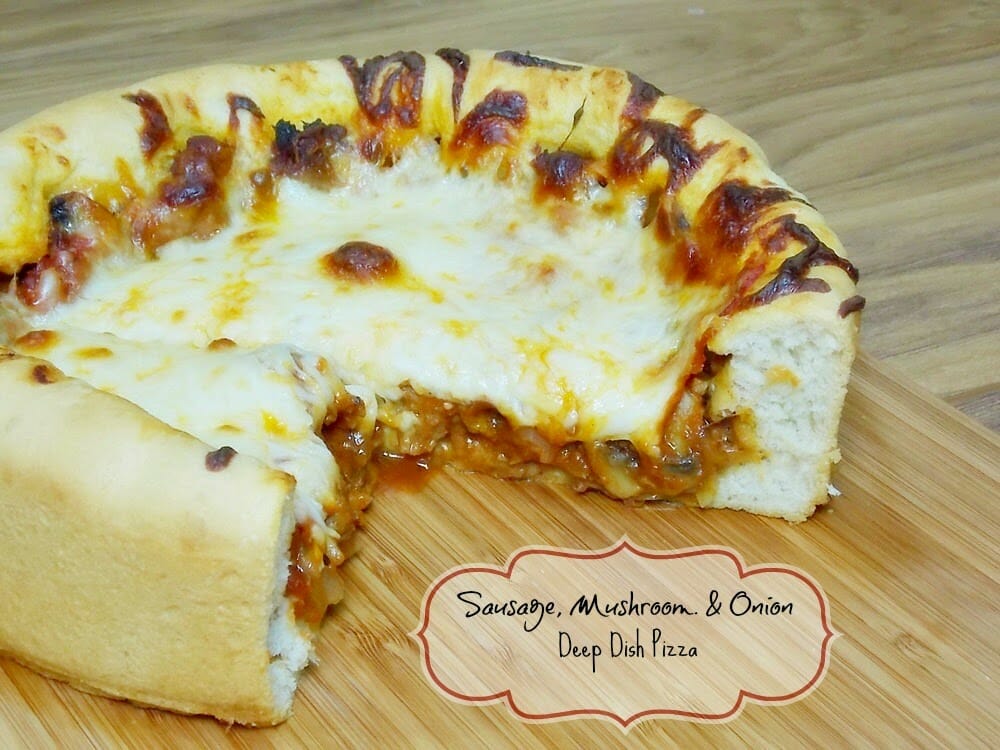 PreviousNext
Sausage Mushroom Onion Pizza is a deep dish pizza filled with hot Italian Sausage, mushrooms and onions. Filling and satisfying and a perfect meal when the cool air hits!

This recipe is one that was on the cover of last month’s Cooking Light Magazine.  I knew when I saw the photo I would make it, just as well I knew that I wouldn’t be able to make it exactly as Cooking Light had.  The original recipe is just for Muhsroom & Onion.  That was not going to go over well with Grumpy.  He loves a meaty pizza.  I’m so not a fan of a meaty pizza, especially if I have to put both pepperoni and sausage on it.  However, we compromised as you can see from my title.  I only used sausage.. 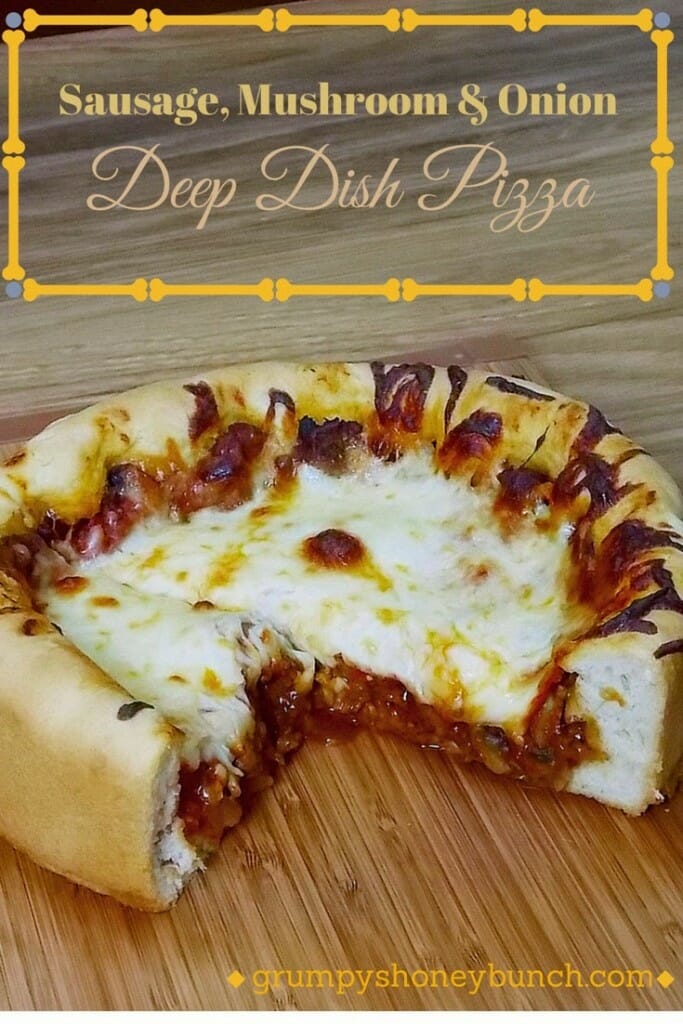 This was so easy to make.  Stir the dough together, let it rise, flatten it out some, place in a springform pan, fill and bake!  I also heard the words I have been waiting to hear for so long (since 2000 people, as long as Grumpy and I have been together!)  “This is the best pizza you have ever made”.  I kid you not.  Grumpy loved this pizza.  He’s a thick crust kind of guy, while I’m a crispy crust kind of girl, so most of the time, our idea of pizza does not mesh.  What I liked myself about this pizza was that while the dep dish crust part (those sides up the pan) satisfied Grumpy’s need, the bottom of the pizza satisfied mine!  This was absolutely delicious and will probably be the way I make pizza for Grumpy from this point on.  Being me, I’ll probably play with fillings, but the crust and pan will remain the same. 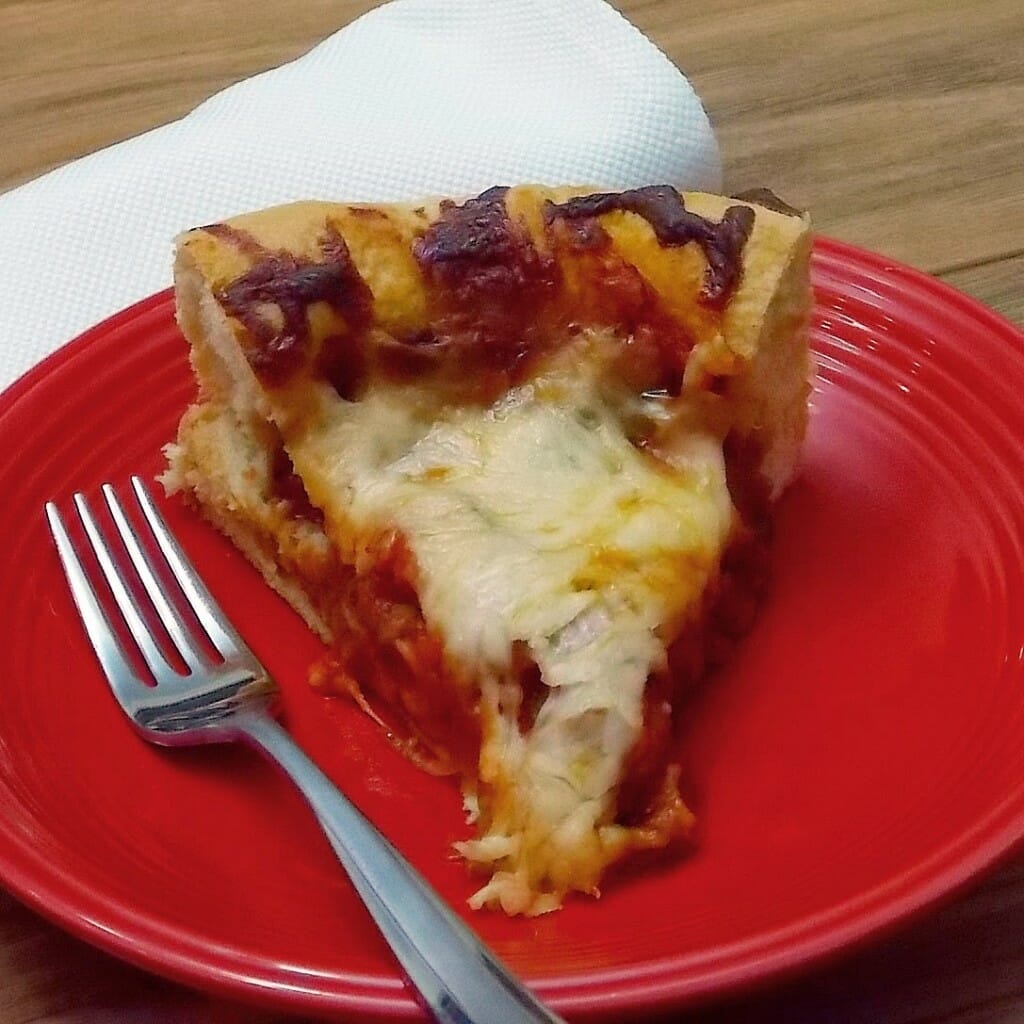 This would be a great treat to make for the guys and gals on Game Night. You could make this pizza ahead of time, freeze it, and bake before leaving to save even more time!  Whenever or however you do it, be sure to try this pizza.  If you have people who are fans of different crusts, then you will likely satisfy both.  Just don’t get after the one’s who do’t want to eat the thickest part of the crust.  😉
Sausage Mushroom Onion Pizza
Author: Grumpy’s Honeybunch
Prep time: 2 hours
Cook time: 30 mins
Total time: 2 hours 30 mins
Serves: 6 servings
Ingredients
Instructions
3.5.3208