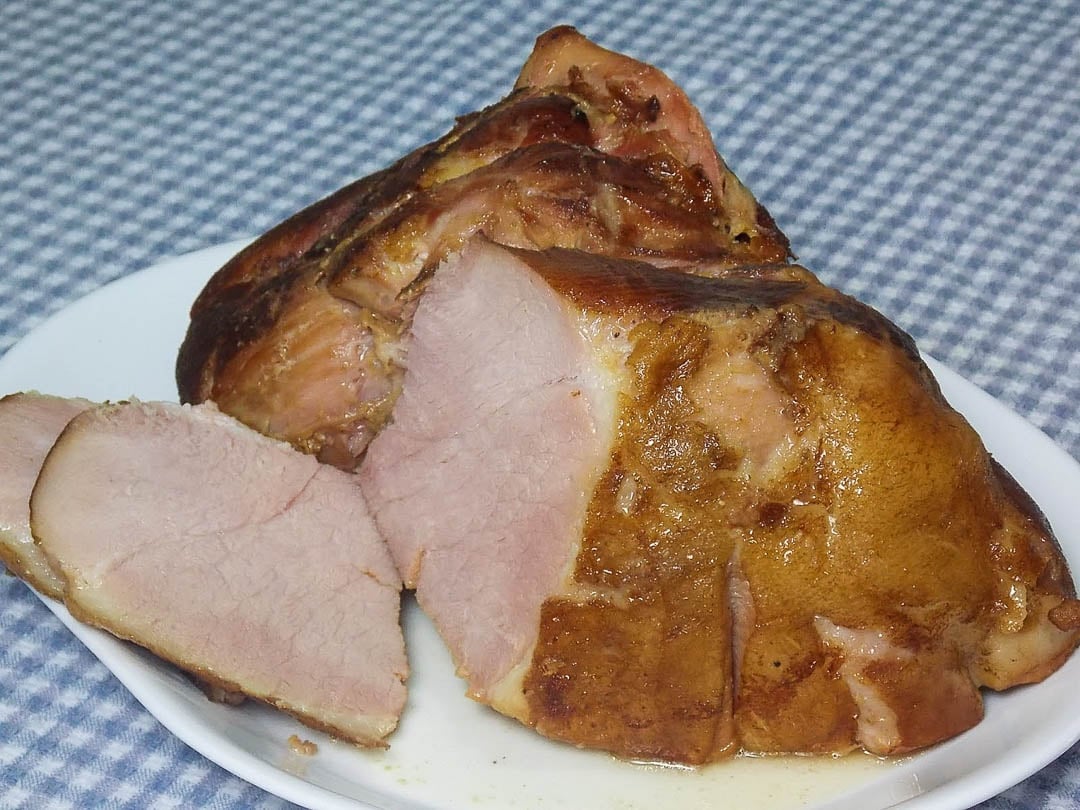 You don't find much in the way of ham recipes on my blog.  Mainly because it's not something I like to cook.  I think in all the years Grumpy and I have been together, I've baked a ham a total of 3 times.  Three times in 13 years. Every once and awhile though, I will hear in my head Grumpy reminiscing about boiled ham, cabbage, and potatoes with carrots that his mom used to make.  So, I thought I might have that as another meal after we tried this ham recipe out.

This recipe for Cider Bourbon Glazed Ham was found on Cooking in Stilettos - the blog that was my Secret Recipe Club assignment for the month of January.  Aly, the author and cook of all things delicious on her blog is from Philadelphia, the city of brotherly love 🙂  I wonder, do you know there is a Philadelphia NY too?  There sure is!  But it's not the scene Aly sees every day.  It's just a small little hokey town between Gouverneur (another small little hokey town) and the "City" of Watertown.  Not that any of that means anything to many of you.  Alas, I'm off topic.

I had some homemade cider that Dad had given me when I was home over Christmas and some Jim Beam in the liquor cabinet.  That's all I needed (besides buying the ham) to make me decide I was going to try this recipe out.  We had ham leftover for scalloped potatoes, and I used the last of it up in homemade bean soup.  Needless to say, we did not let this ham go to waste! I only made one change, and that was I went with maple syrup in place of brown sugar.  Love how the flavors penetrated the ham!

If you haven't visited Aly's blog yet, make sure it's a stop you make!  She has a great variety of delicious recipes on her blog!