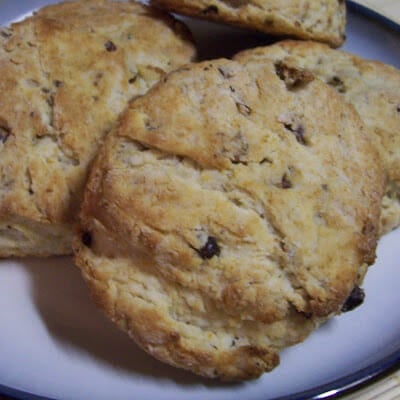 This week for Tuesdays with Dorie we were given the opportunity to do a rewind recipe instead of the one that was chosen by Mari of Mevrouw Cupcake. She chose Creme Brulee on page 393. Because I don't have a blowtorch and because I had so many other things going on I decided to do the rewind and create the Pecan Sour Cream Biscuits. To see what other TWDers did, check out our blogroll.

Now, let me tell you I have never been able to make a biscuit as good as my mom or my Aunt Marlene. I don't know why I can't seem to get them so puffy and soft and tender. I really don't think I overwork the dough. But, that is what I have been told will make your biscuit not turn out so well. I'm not one to totally give up, and since this was a simple enough looking recipe and I didn't have a lot of time, I decided to go ahead and make the biscuits.

Whisk flour(s), baking powder, salt and baking soda together in a bowl. Stir in brown sugar, making certain there are no lumps. Drop in the butter and using fingers or pastry blender, quickly work dry ingredients until mixture is pebbly. You should have pea-size pieces, pieces the size of oatmeal flakes and pieces he size of everything in between!

Stir the sour cream and mil together and pour over the dry ingredients. Using a fork, stir gently until you have a nice soft dough. Reach into the bowl and give the dough a quick gentle kneading - 3 or 4 turns should be enough. Toss in the pecans and knead another 2 -3 times to incorporate them.

Turn dough onto lightly floured counter and dust the top with flour. Roll dough out until it is about ½ inch high. Using biscuit cutter, cut as many biscuits as you can from the dough. Gather scraps, pat together and repeat. Bake for 14 -18 minutes or until they are tall, puffed and golden. 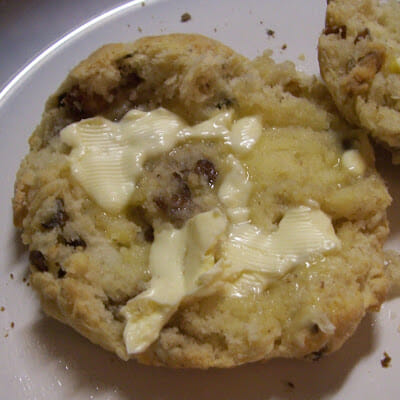