The Vanilla Dark and Stormy made with Spiced Rum, Ginger Beer, a tiny splash of vanilla, and a garnish of lime make this looks like a very sophisticated adult beverage! The rum tones down the sweetness in the beer and the vanilla mingles well with the spices in the rum and ginger beer. 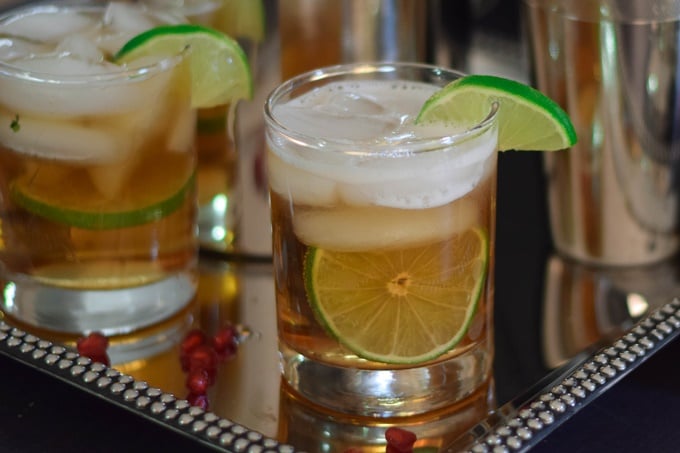 I made this Vanilla Dark and Stormy because my son Justin told me the Dark and Stormy was one of his favorite drinks. It took me a while to do so because I was hesitant about the ginger beer. After doing some searching on ingredients I bit the bullet and bought some ginger beer to try this beverage on my own! 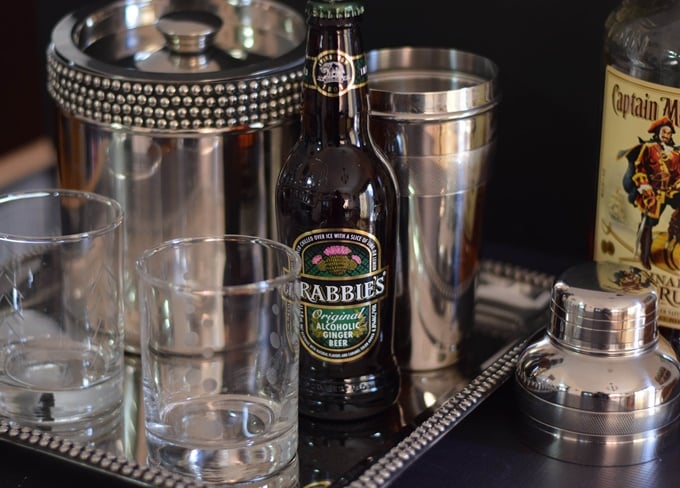 I found the recipe on Food Network, however it made such a large amount that I had to make some changes in order to serve only two people. After all, we didn't need to drink two full cups of rum, that would have been 1 cup each! With Ginger Beer being carbonated, I felt that I needed to drastically downsize since storing a mixture of this in the refrigerator would not hold well to storage. I sat down and calculated what I would need to do to make this drink fit just 2 servings. 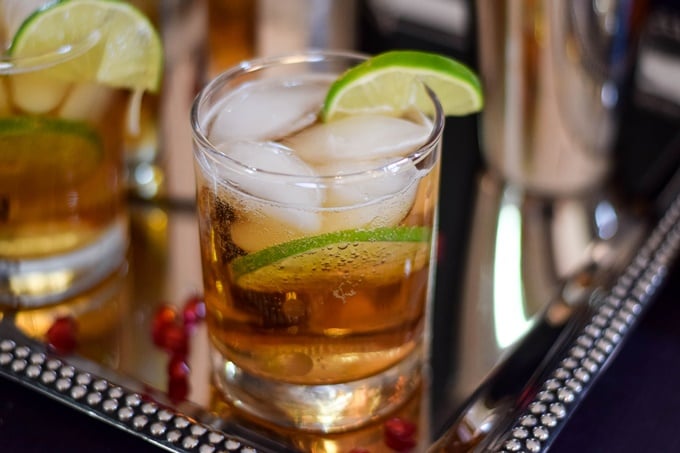 I'm normally not one who cares for a carbonated drink. For the most part I stick to wine or vodka and cranberry. When I'm super thirsty I will opt for a beer, but that is rare. This drink may have changed my mind in that aspect. I definitely enjoyed it and will be making it again and may even find other ways to change it up a little bit! 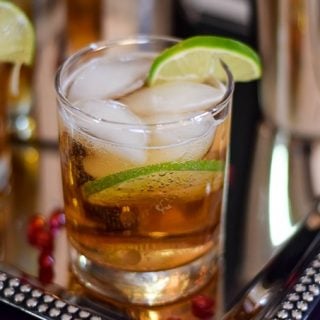 Shelby Law Ruttan
The Vanilla Dark and Stormy made with Spiced Rum, Ginger Beer, a tiny splash of vanilla, and a garnish of lime make this  look like a very sophisticated adult beverage! The rum tones down the sweetness in the beer and the vanilla mingles well with the spices in the rum and ginger beer.
4 from 5 votes
Print Recipe Pin Recipe
Prep Time 2 mins
Total Time 2 mins
Course Beverages
Cuisine American
Servings 2
Calories 194 kcal

Nutrition calculated on myfitnesspal. Results may vary depending on product used.