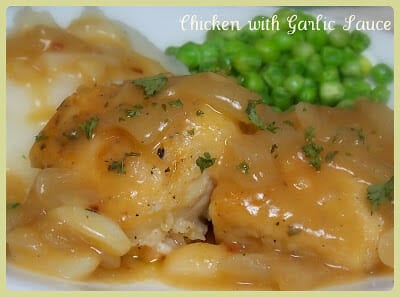 It didn't hit me until the day after Thanksgiving that we didn't have any leftovers!  Too funny really.  This was the first year I didn't have a small turkey to make at home for ourselves since we have been going to my Aunt's for Thanksgiving.  It was pretty sad when Grumpy and I were both craving leftovers and we didn't have any!  However, I did not rush right out and buy us a turkey, although I will make us a turkey dinner before this year is over with.  We ended up getting together with some neighbors the day after and had pizza delivered instead.  🙂 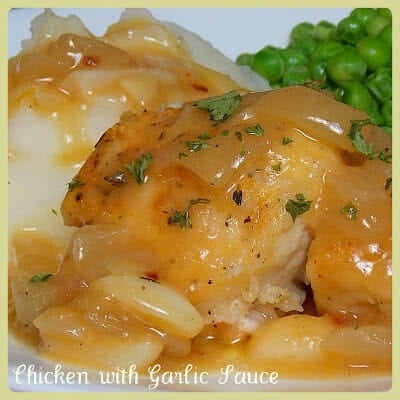 I spent the morning trying to figure out what I could make for dinner last evening.  I wanted something comforting and yummy, but not hard on the waistline.  I found several recipes on CookingLight.com but finally went with one from Taste of Home.  I used all chicken broth instead of wine and fresh thyme instead of rosemary.  I also had my own dried sage that my mom had given me and I rubbed my own sage.  I went with a little more the ¼ teaspoon of red pepper flakes....just because.  🙂

8 WW Points Plus per serving

Instructions
In large resealable bag, combine 2 tablespoons flour, thyme, sage, salt and pepper.  Add chicken, seal bag, and shake to coat.  In a large nonstick skillet, brown chicken in 1 tablespoon oil over medium heat for 4 minutes on each side.  Transfer chicken to 8-in square baking dish coated with cooking spray.  Bake, uncovered, at 325 for 15 minutes.

While chicken is in the oven, in the same skillet, saute the garlic, onion, and red pepper flakes in remaining oil until onion is tender and garlic begins to brown, about 3 minutes.  Stir in ¼ cup chicken broth and bring to a boil.  Simmer until broth is reduced by half, about 2-3 minutes.

Stir in remaining chicken broth and bring to a boil.  Simmer until broth is reduced by half, about 7-8 minutes.  Remove from heat.Combine butter and remaining flour.  Whisk into skillet.  Return to heat and bring to a boil and stir for 1-2 minutes or until sauce thickens.  Serve warm over chicken breasts.  Sprinkle with parsley.